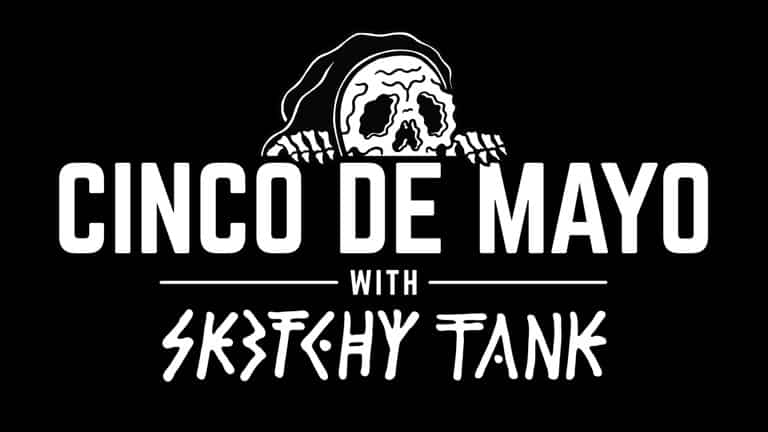 Join us Friday, May 5th at our Bend shop for a First Friday Cinco de Mayo party you won't soon forget. Meet the Sketchy Tank crew while getting a free Sketchy Tank tattoo. Yes, you read that correct: FREE SKETCHY TANK TATTOOS. First come, first served, so get there early! Not enough for ya? We'll also be releasing our very limited Sketchy Tank x Tactics collection, including decks, apparel and more. Get there to grab a piece before its gone!

Can't wait to get your sketch on? Click the link below to shop Sketchy Tank gear, and learn more about the man behind the mask in our Q&A with the Artist behind Sketchy Tank. 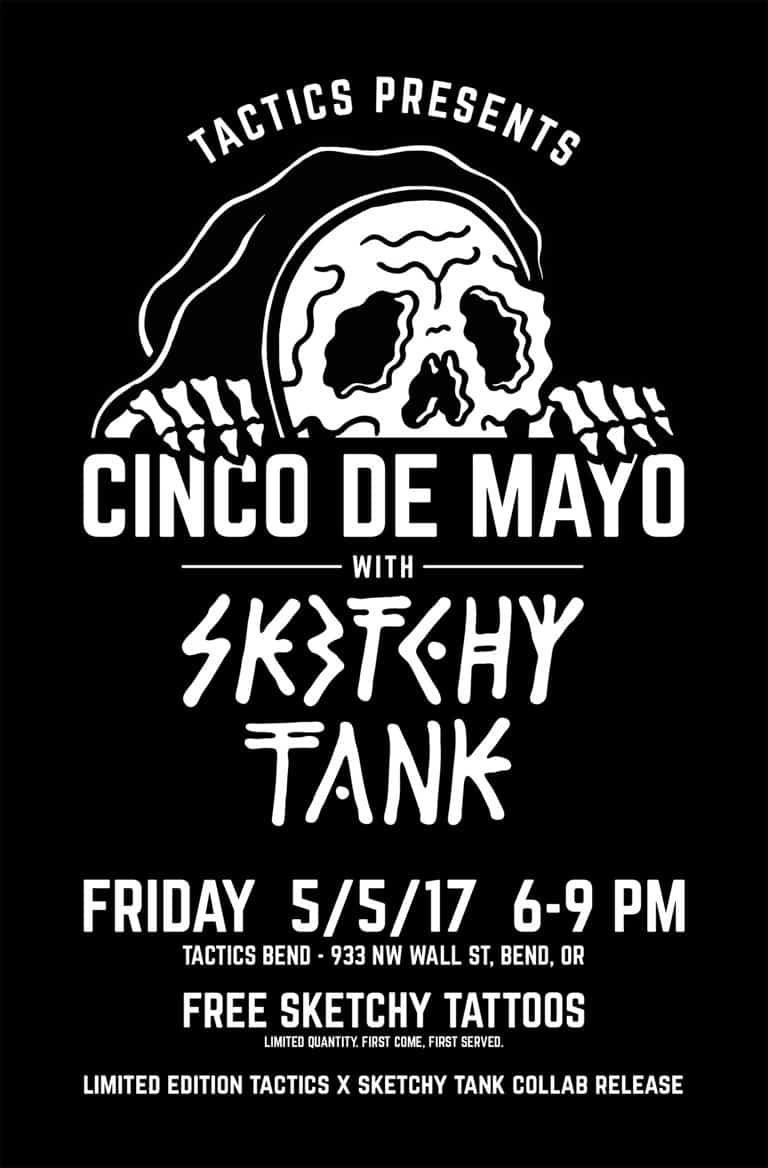