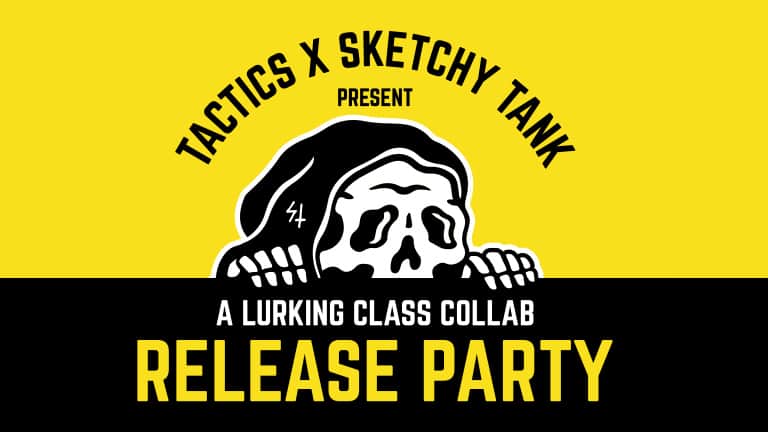 Get down to the Eugene shop from 6-9 PM on November 8th for the Tactics x Sketchy Tank Collab Release Party!

Check out the new decks and tees we put together with Lurking Class, mow down on some free pizza from our good friends at Sizzle Pie and win a FREE SKETCHY TANK TATTOO! Yup, we're doing that again! Limited quantities this year, so only the first ten (10) people to roll a 4-5-6 on Cee-Lo will win. Come get your roll on, stock up on pizza from Sizzle Pie and have a great time with Tactics and Sketchy Tank! See you there! 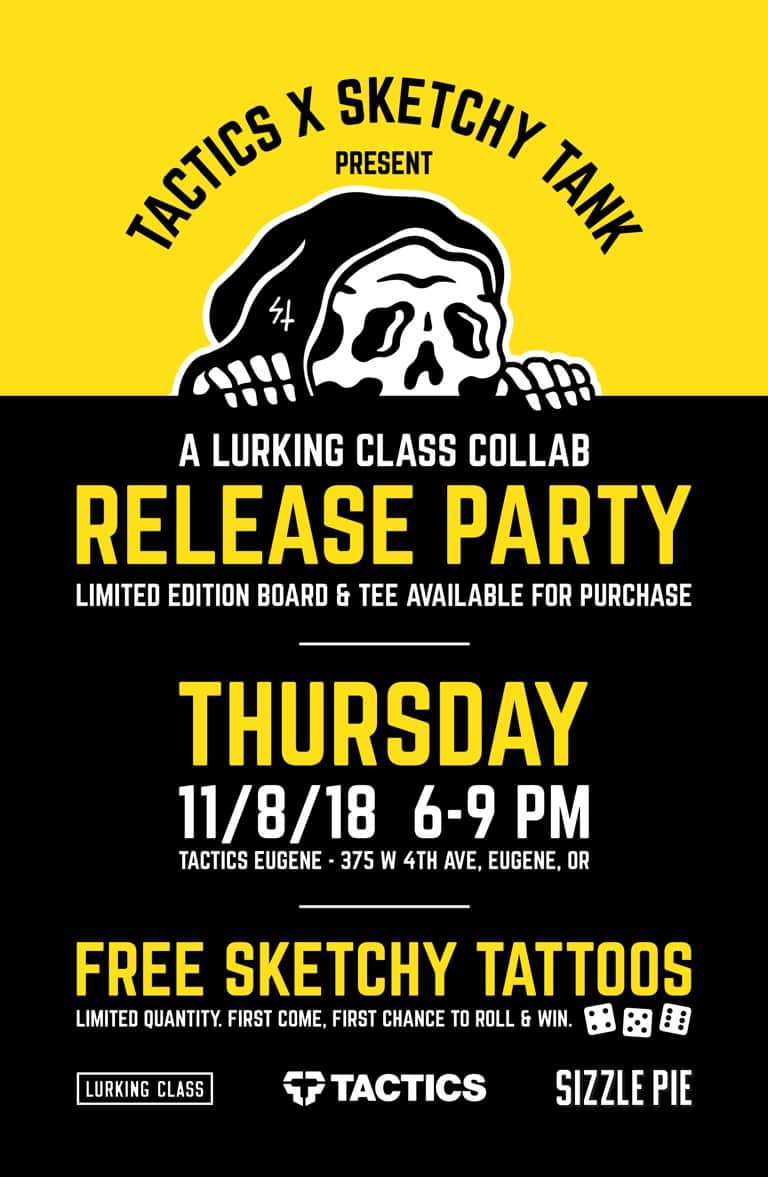