Sean Fitzsimons | Welcome To The Team

How many people do you know who can stomp a 1440 on a snowboard in the morning, and do a head-high frontside air on a vert ramp in his afternoon skate session? Sean is excellent on all boards, but above all, he’s just a good dude. We are super excited to announce Mt. Hood local, and Hood River hometown hero, Sean Fitzsimons to our snow team roster. Maybe we will even get him to come on a skate trip or two.

Yo Sean! First off we are stoked to welcome you to the Tactics crew. How is the start of winter treating you?

So hyped to be a part of the team. Start of the winter has been insane. I got to spend close to two months in Europe during the fall just getting things dialed in and learning some new tricks before everything kicked off in the U.S. Pretty much directly from Europe we were right into competing with a Big Air in Steamboat and The Dew Tour at Copper, which were both really fun. It’s been one of the best starts to a season I’ve had! 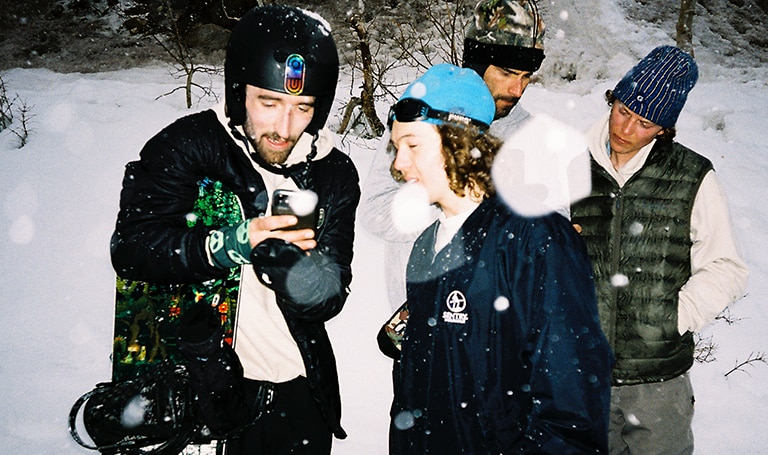 Sounds like an amazing start for sure. Congrats again on grabbing 4th at The Dew Tour. Were some of the tricks you put down stuff you learned and dialed in while in Europe?

Thank you, was psyched to put one down at Dew. In my run I did front and back 14’s, which I got a ton of reps on in Europe. It made it a lot easier to do them in my run because of how many times I did them early season in Europe.

Practice makes perfect. I saw you snap your board on run one. Was it weird having to jump on a backup for the rest of the contest?

It actually wasn’t too bad jumping on a backup board. I hit a few laps on the side of the course with it to kinda break it in before my second run. Luckily I had brought one up with me because I almost didn’t bring a back up haha. After the comp I gave the snapped board to some kids that were at the bottom watching and they were super hyped!

That’s awesome. I bet that kid was stoked. Who were some of your favorite riders to watch throughout the Dew Tour?

I don't know haha. That’s hard because everyone there was ripping but I really liked watching Red ride. He just is so consistent and looks so confident while he’s riding. But also I loved watching my boys Dusty and Luke ride just because they got such good style. Another shoutout to Rene too because he was doing the dopest switch-back rodeo 9’s on the first jump.

Love to hear it. It was definitely sick seeing you guys push each other and the variety of tricks/runs that were going down. With Dew Tour over what’s next for you?

Just going to continue pushing to make the U.S. Olympic team. I was going to head to Calgary for a Slope World Cup but unfortunately, I just tested positive for COVID so it looks like I’m gonna be sitting that one out. So pretty much just gonna lay low, hit this quarantine, and then I’m gonna head to Mammoth for the Grand Prix.

Do you have any pre-comp rituals, practices, things to get you focused before going into a contest or dropping into a run?

I don’t really have any pre-comp rituals hahah, I will spend some time pacing around at the top of the course before my run and try to tap into a good mindset. I pretty much just try not to make the comp too big of a deal in my head, just board like it’s any other day and have fun with it.

Snagging a spot on the Olympic team would be huge! Is that something you have been chasing for a while? Beijing would be an epic experience for sure. Bummer on the COVID speed bump, I’m sure you’ll be back at it soon enough. What’s the best protocol to get through quarantine? How are you passing the time?

Yeah as a boarder that primarily rides comps, making it to the Olympics has definitely been a goal of mine for a while. Outside of the U.S. Open, which unfortunately is no longer happening, I would consider it the pinnacle of comp boarding. It’s been crazy with all the Covid stuff. There have just been so many policies that you have to get through to be able to compete, especially like having to lay low when a comp is around the corner. I just layed pretty low for quarantine, watched a lot of Rick and Morty, and some other shows and went on some walks to get some fresh air. The protocols to be able to compete at the Grand Prix at Mammoth were crazy. I needed to get a negative PCR test to be able to compete, even though I would be at day 14 from Covid once I got there. So I was hitting PCR tests every day hoping for a negative test before I headed out to Mammoth. I finally got one at day 13 luckily. 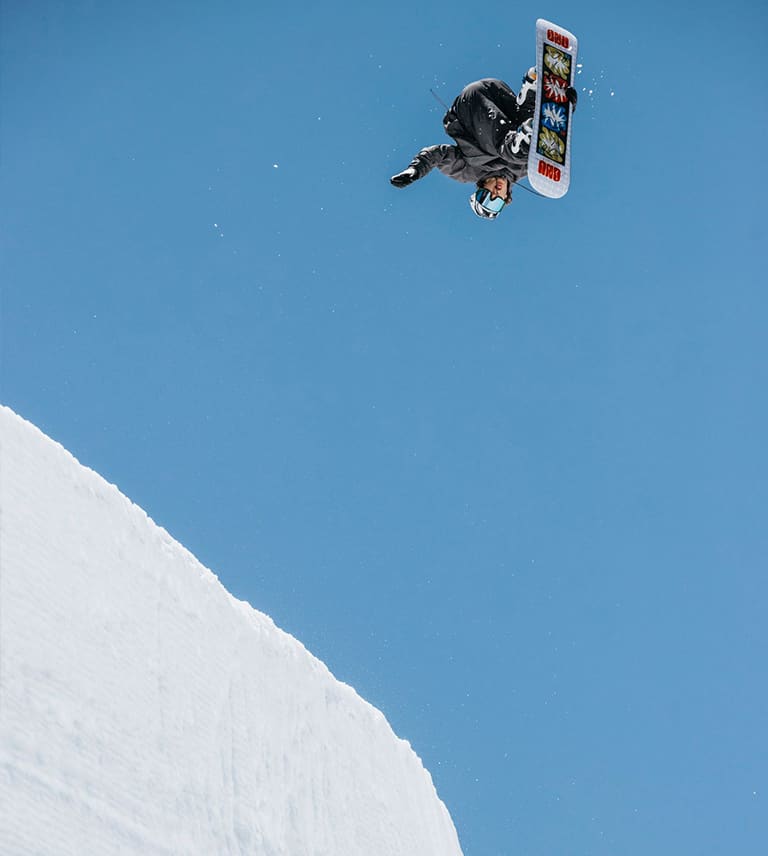 That’s so cool to hear man, we are definitely pulling for you and stoked you are feeling better and made it to Mammoth. Those protocols definitely seem intense and stressful to deal with, but at the same time at least things are not totally canceled during an Olympic year. Did Covid have much effect on your normal winter program last season? I was stoked to see some clips in Hurricane Gnu. That was an awesome project.

Yeah for sure, Covid played a huge role last season. Just an insane amount of tests and tons of policies to get around to be able to compete. We even ended up having to quarantine last year in Austria and miss Laax Open because two of my teammates got Covid and we were close contacts, so we had to isolate for 10 days over in Europe. Yeah, Hurricane Gnu was a super cool project. Got to spend a week with the gang in between comps and was psyched to get a couple of clips in there.

Oh man, that sounds like a mess. Glad things are going a little smoother this year. Outside of the comps and chasing a spot on the Olympic team this year, do you have anything else planned? Trips? Projects? Local rips at Meadows? Other contests?

I really want to film a project this year once the comp season has died down. Mainly focused around Hood, like some spring shred up there and maybe include some skating in the project as well. I’m also gonna buy a sled this year, so I’m wanting to get out on that and build some stuff later this winter. I’ve never really had time to do much filming but I’ll have a lot more time this year, so I’m mad excited to try to put something together.

Some downtime close to home after a hectic travel schedule would be nice I’m sure. How much time during the winter do you spend at the resorts on Hood? A skate and snow project would be insane. You got a vert ramp right?

Always super nice being able to come home, ride Hood, and sorta reset after living out of a board bag most of the year. I hardly get to spend any time back home during the winter, I usually don’t make it back there till around April. It’s always the best time though being able to do some spring shred at Hood. There’s nothing like riding your home resort. Hopefully I can spend a little more time out there this season. Yeah I got a 11ft vert ramp in the backyard. Also got a mini mega and a mini ramp too, so it’s like a little compound out in Hood River. It’s the funnest shit ever during the summer! We always have a bunch of homies pulling up to skate and hang, it’s just the best vibes ever.

Any big name guests roll through your place for a session?

Heavy crew! Would love to get a little skate/snow team trip out there this spring or summer maybe. Anyways, thanks for the time Sean. We are stoked to have you a part of the team and look forward to seeing how the rest of the winter treats you. Good luck out in Mammoth and LAAX for the Grand Prix and Open. Any last words of wisdom, thank yous, shout outs?

For sure! We need to get the team out to the spot this summer! Big thank you and shoutout to my parents, wouldn’t be anywhere without them backing me like they do. Couldn’t be more hyped to join the Tactics crew! Looking forward to a sick year ahead!

Check out Sean in Huricane GNU