In 1999, a group of twenty somethings had an idea. While many scoffed at the notion of selling snowboards and skateboards online, the fearless few abandoned promising professional careers and found a way to get the wheels turning. 20+ years later, Tactics continues to exist to be synonymous with snowboarding and skateboarding and to curate products born of passion, fun, style, and inspiration.  We strive to deliver an unsurpassed and indelible experience to our customers, create an extraordinary place for our dedicated employees that allows them to live with purpose and fulfillment, and leverage our success to give back to causes and communities in order to make the world a better place.  We are proud and honored to have stoked out over 2 million customers worldwide. 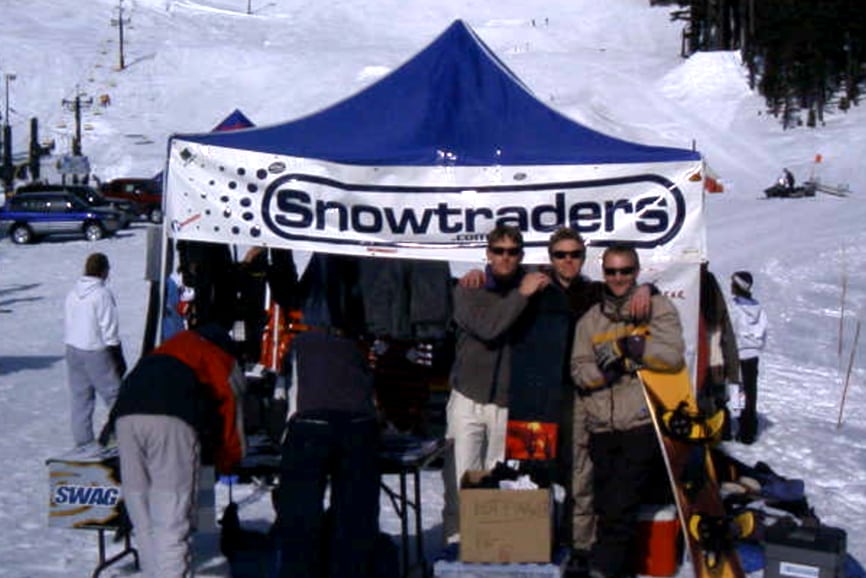 Launched as "Snowtraders", the name "Tactics" emerged with the addition of skateboards in early 2001. 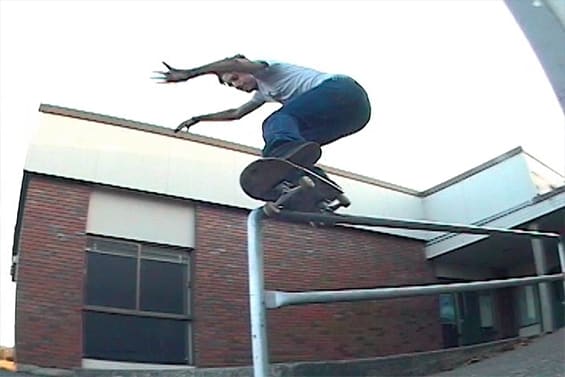 "The bottom line is that there was no plan. Which was all too apparent to us after starting. If we had a plan we probably never would have started it." -MP 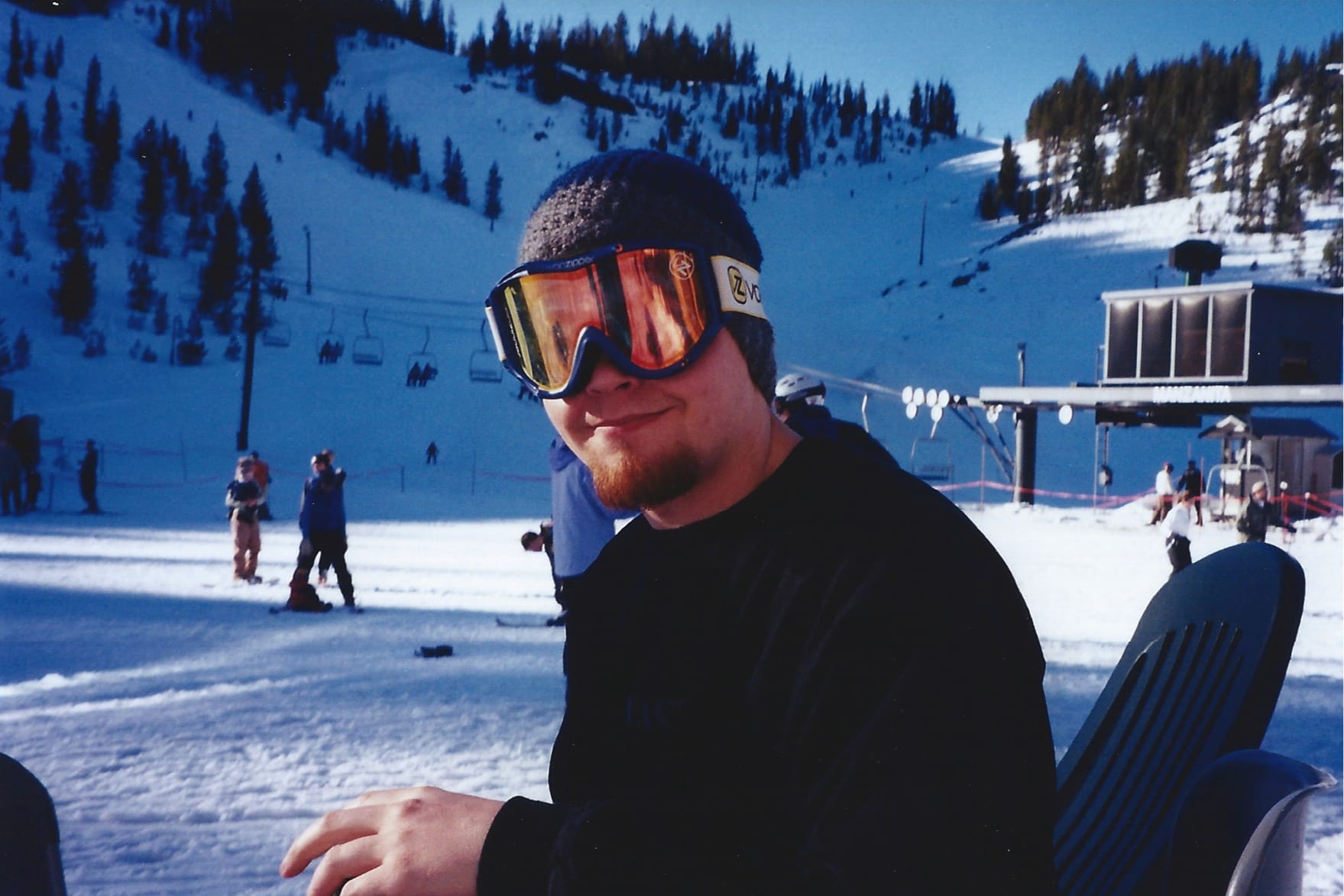 "We felt like we were pretty smart, but we really weren’t… What we were though, was optimistic and stubborn. That kept us going late at night, just trying to figure things out." - BC 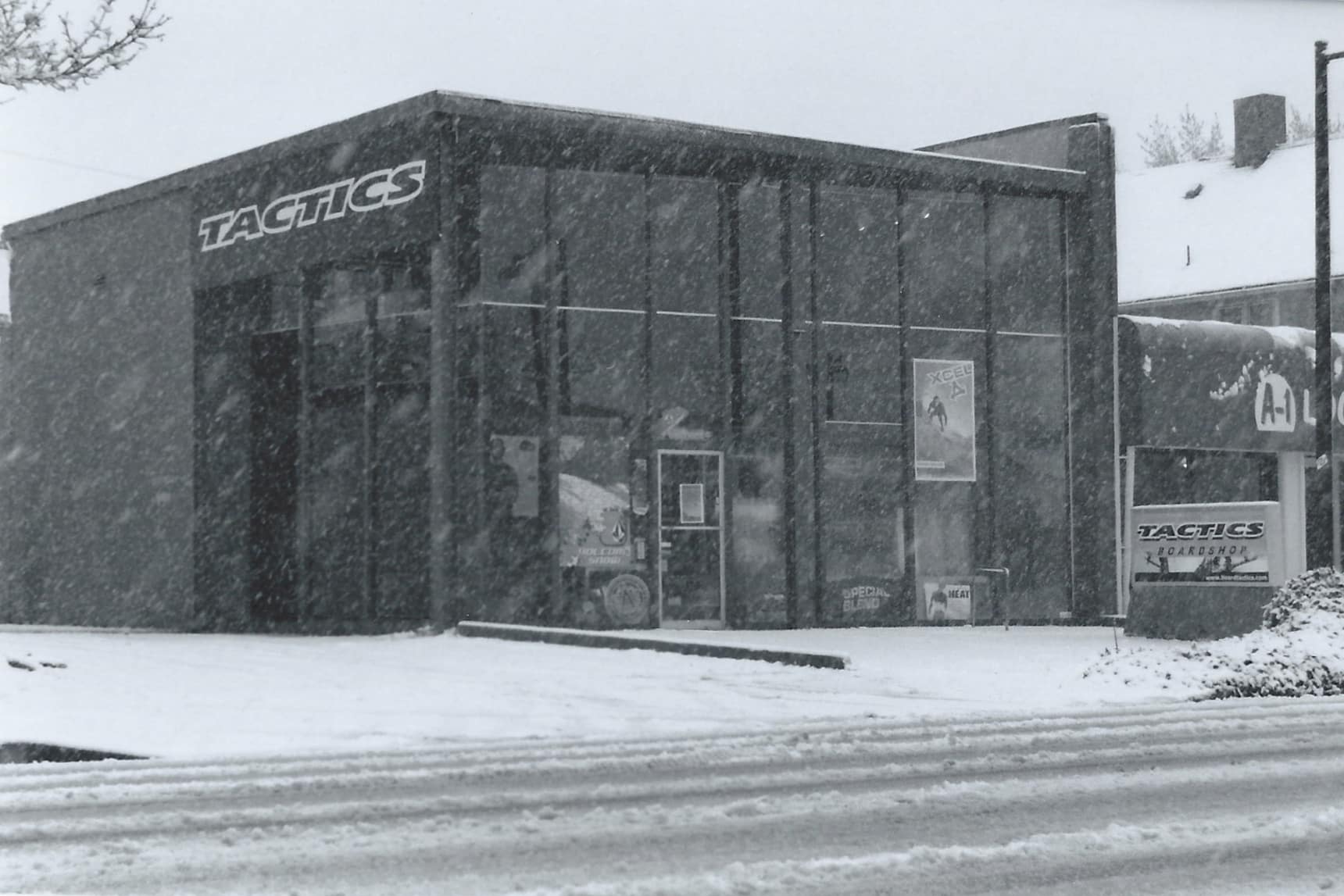 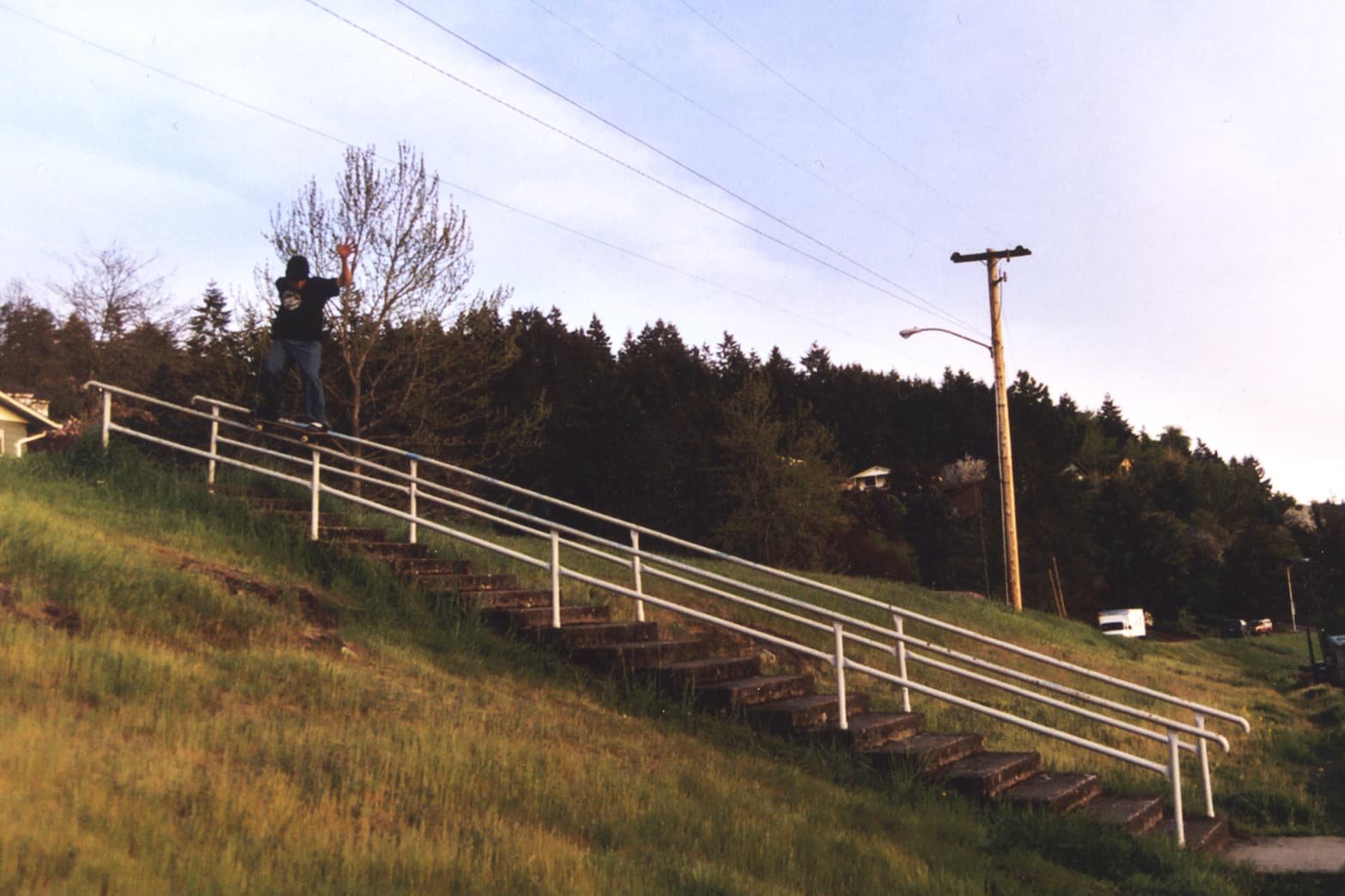 "Matt declaring, 'I’m done wearing a tie'. That’s what pushed us over the edge to say, let’s take the gloves off, pull our pants down or pull our pants up, whichever way it’s gonna go." - BC 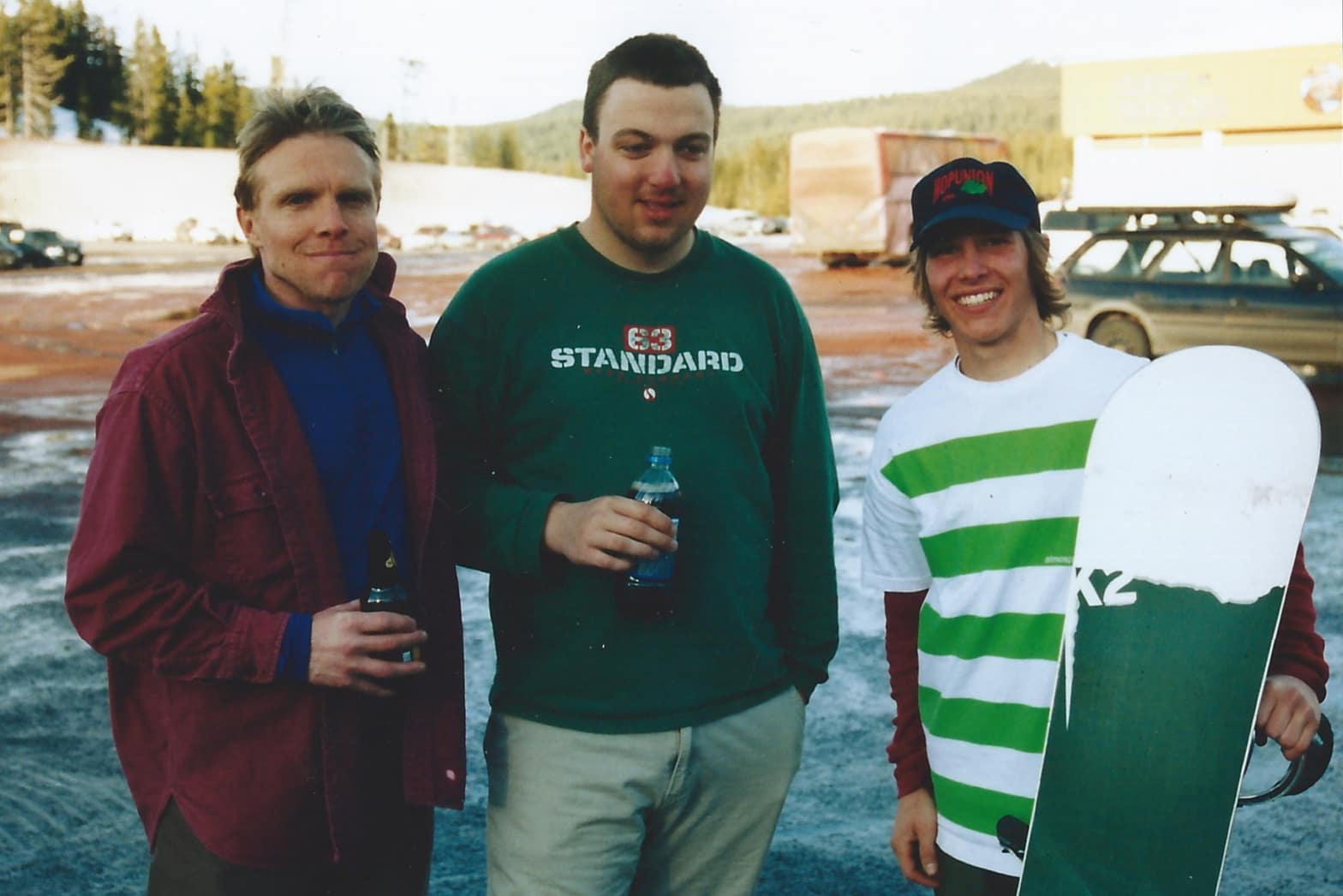 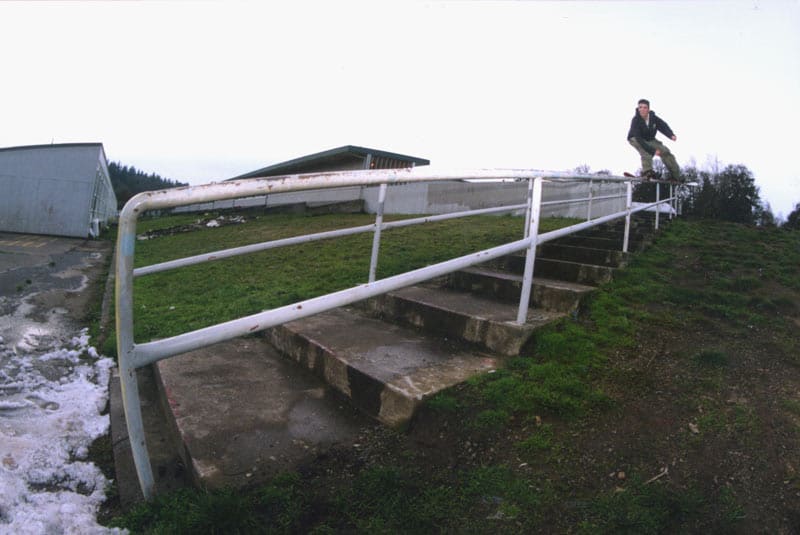 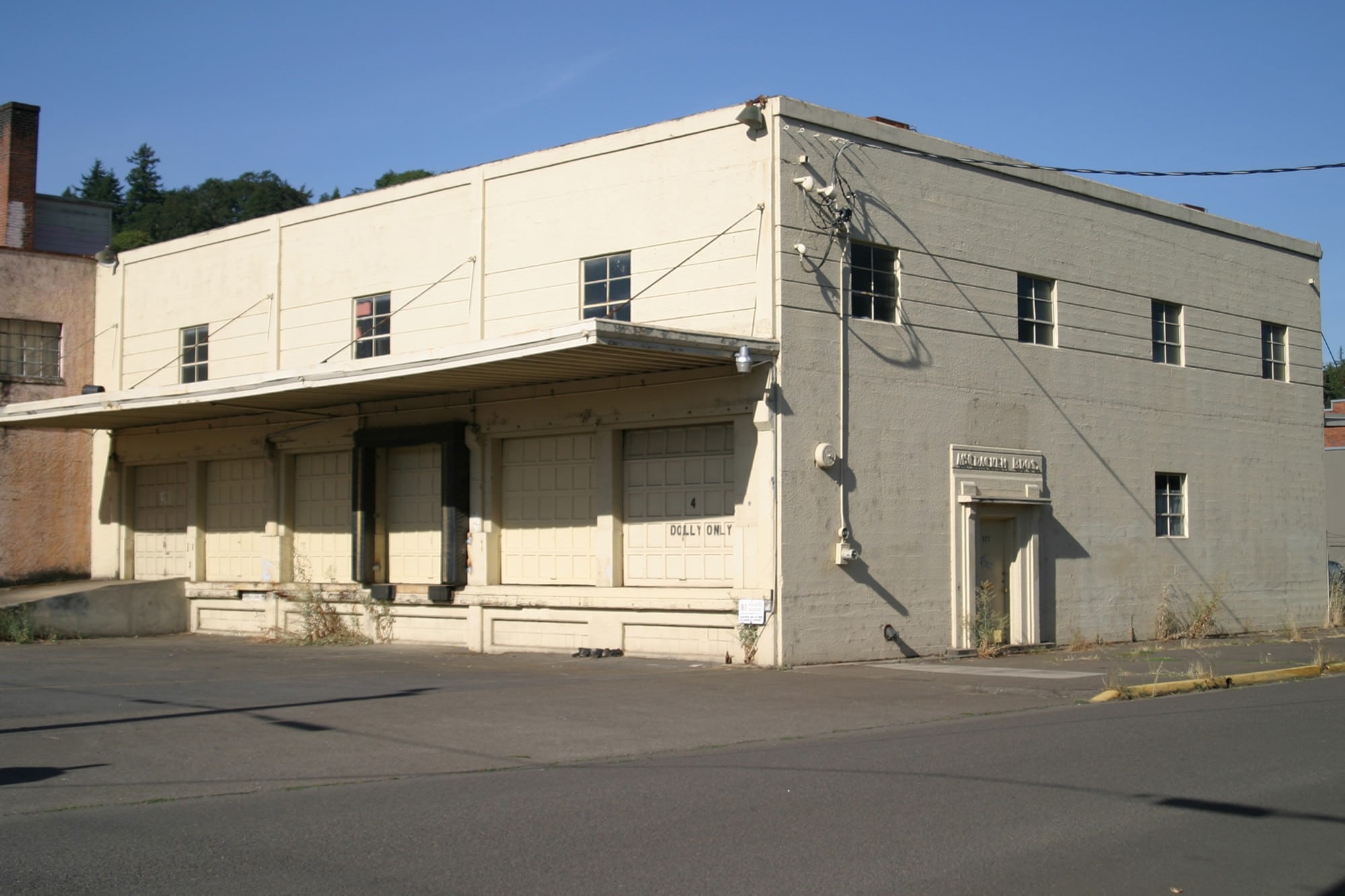 Soon to be the Eugene shop and company headquarters, 4th & Lawrence, 2005. 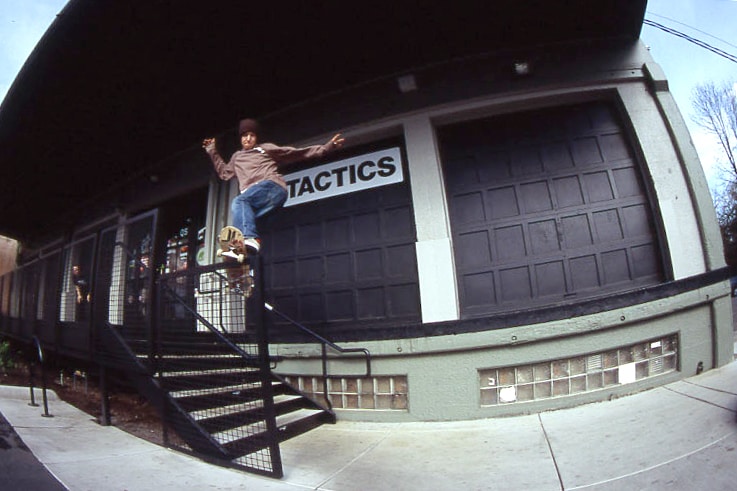 The Core Of Tactics 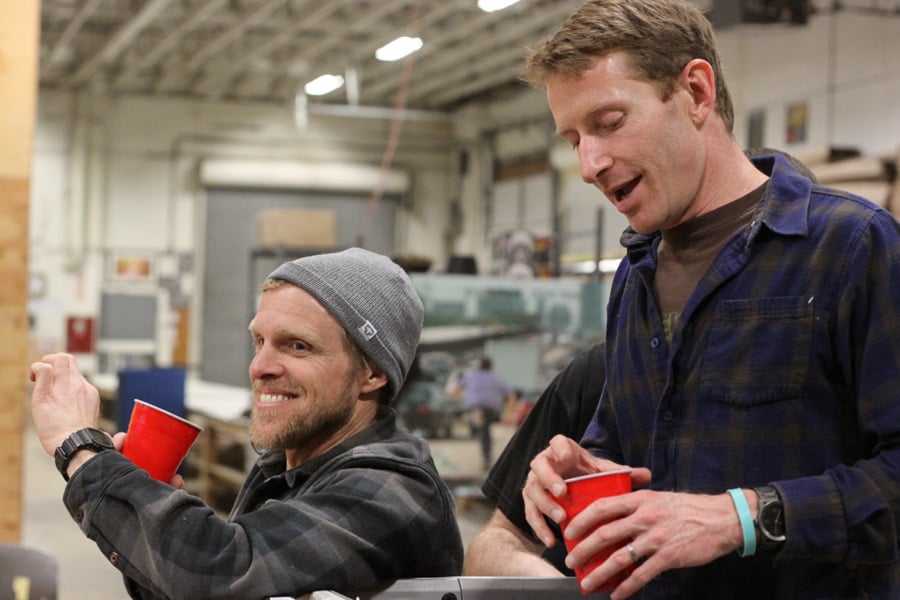 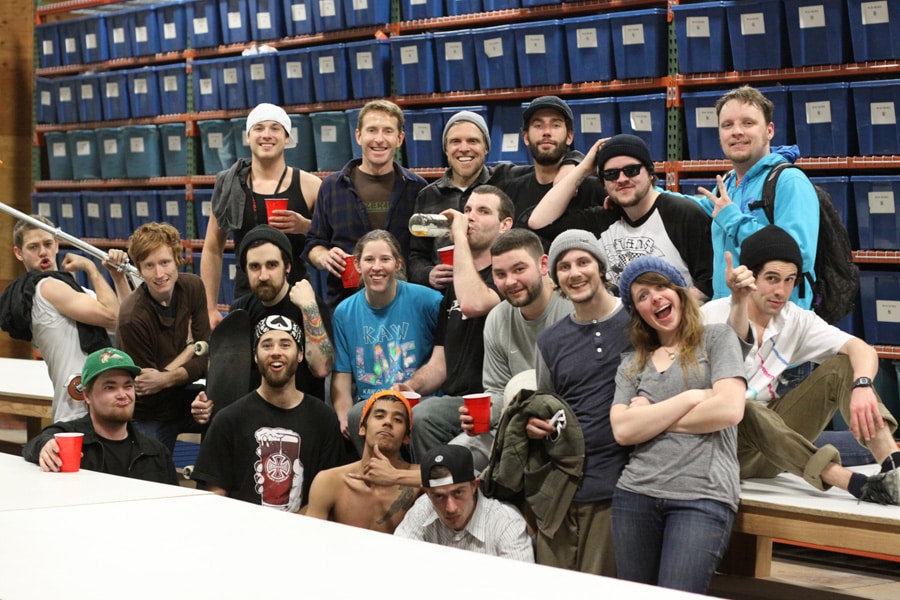 "We’ve been asked a million times, 'Why don’t you sell this or that, what do you have to lose?', but that’s not what we do. Trends will always change, but we've always stayed in our niche, which is pretty rare." -MP 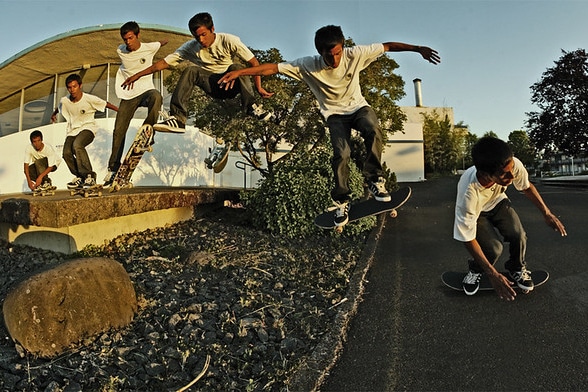 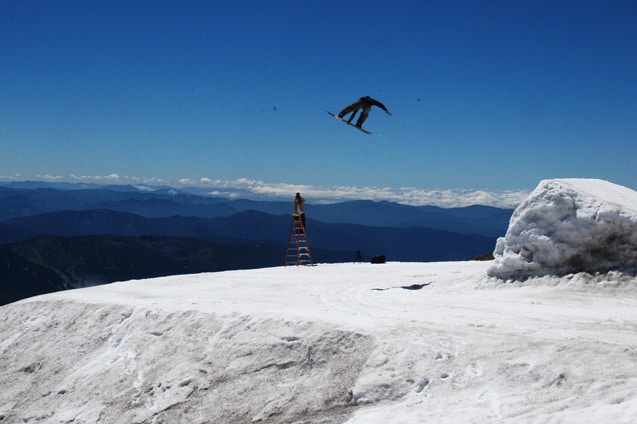 "There’s something intangible that is really rewarding and fulfilling about of creating your own future. To not know what the rules are as you go forward is really kind of liberating." -BC 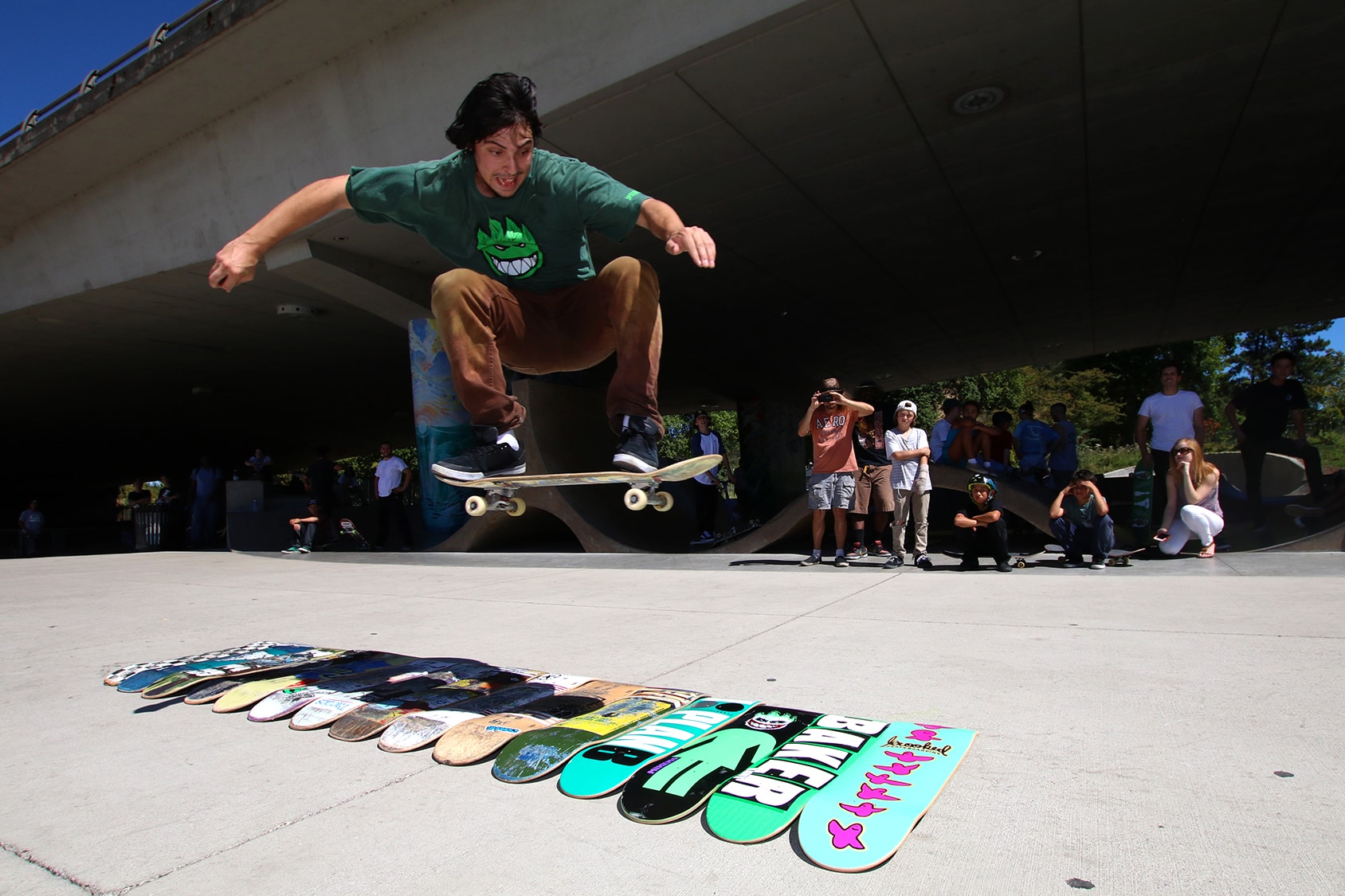 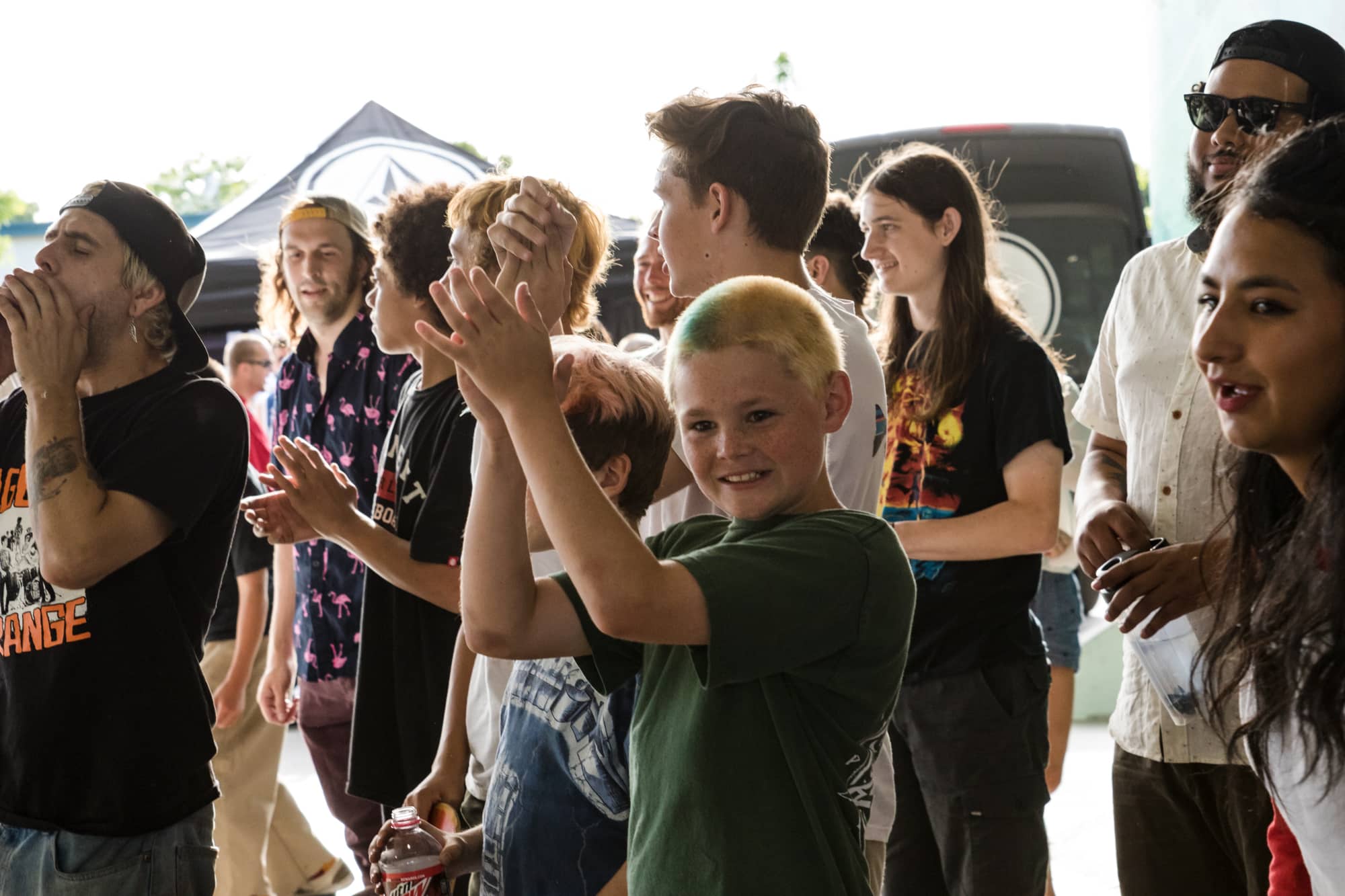 "The fact that it's snowboarding and skateboarding means a lot to us because there's passion there. We’ve always thought of ourselves as selling fun, so there’s an inherent satisfaction about working with something thats meaningful, at least to us." -BC 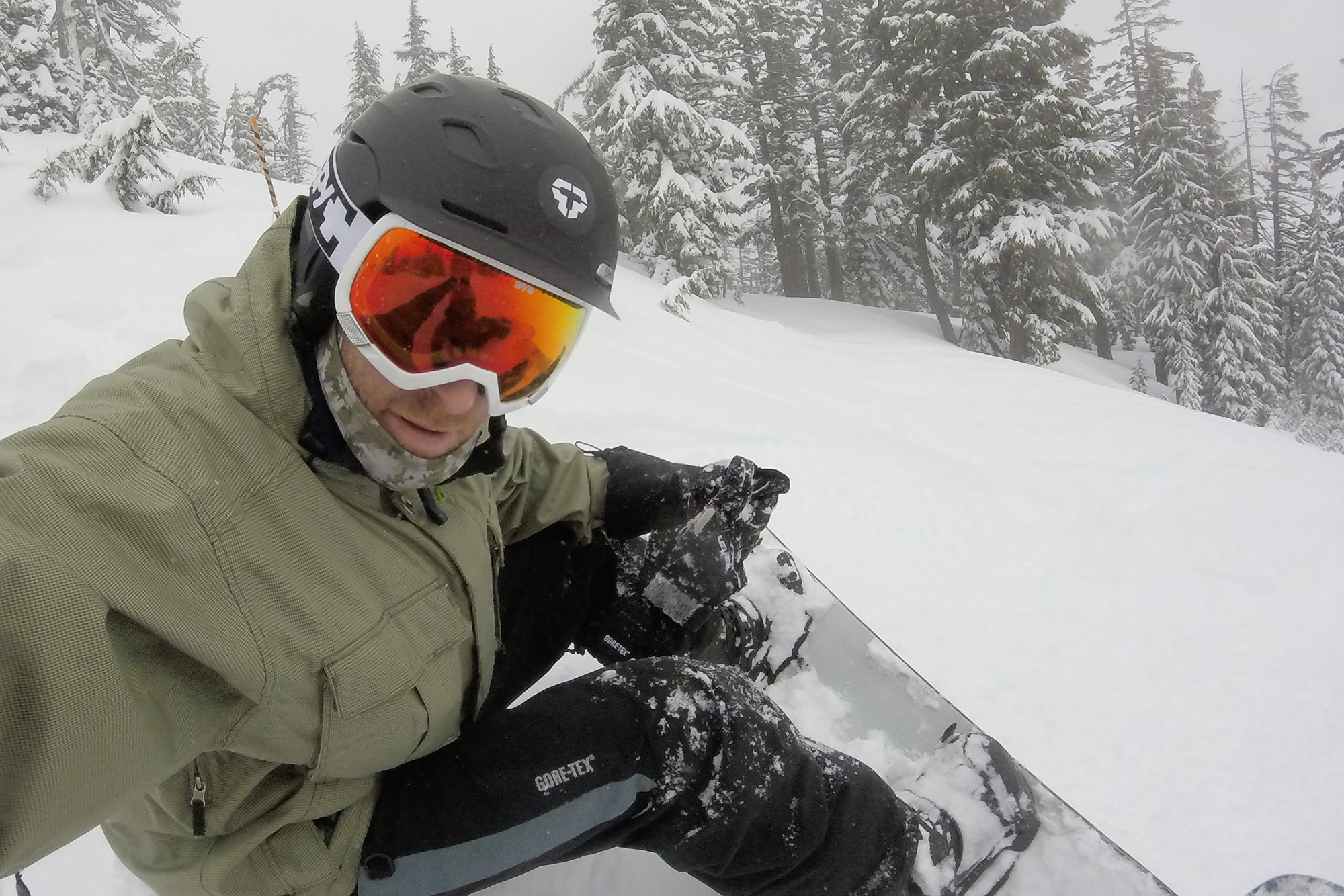 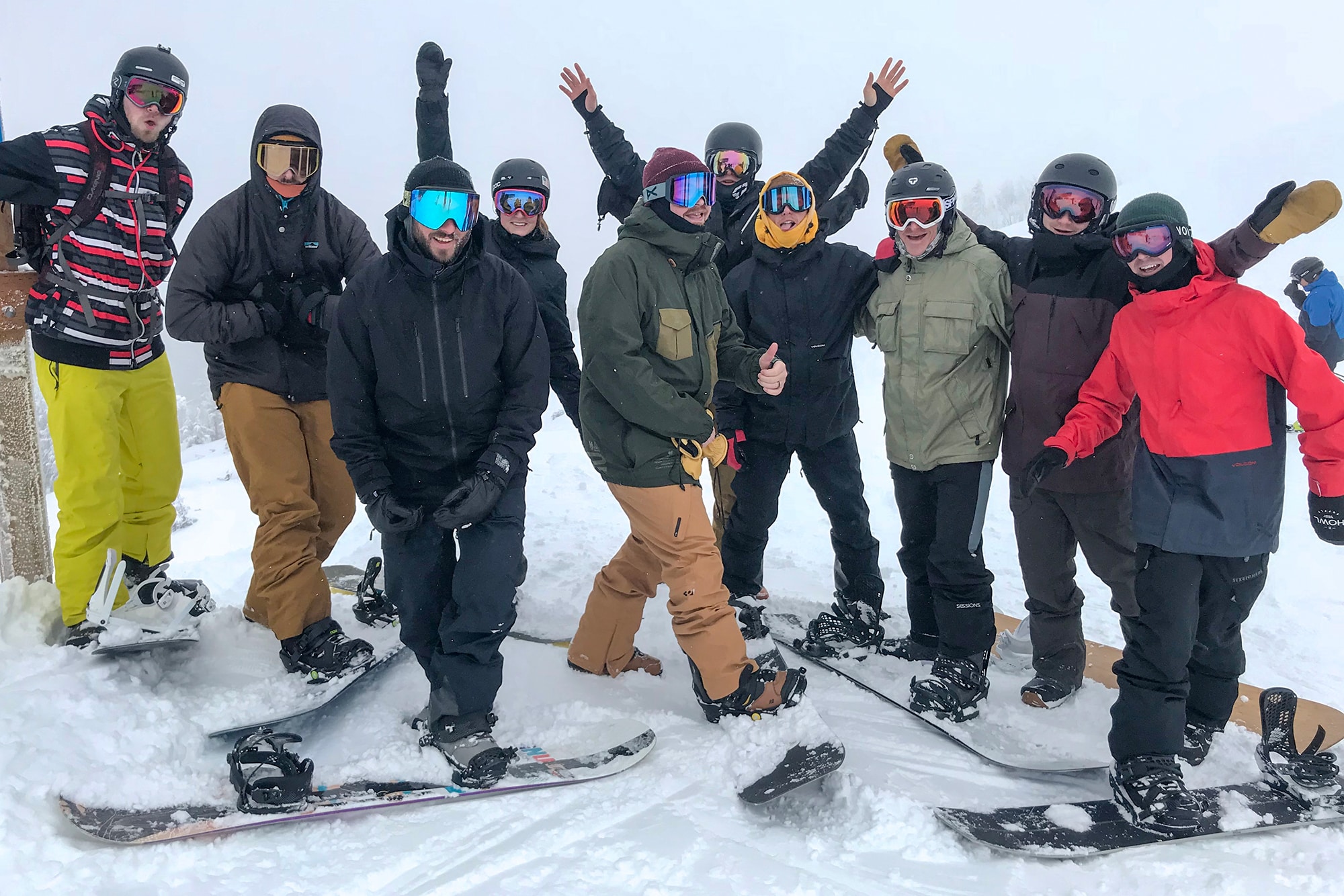 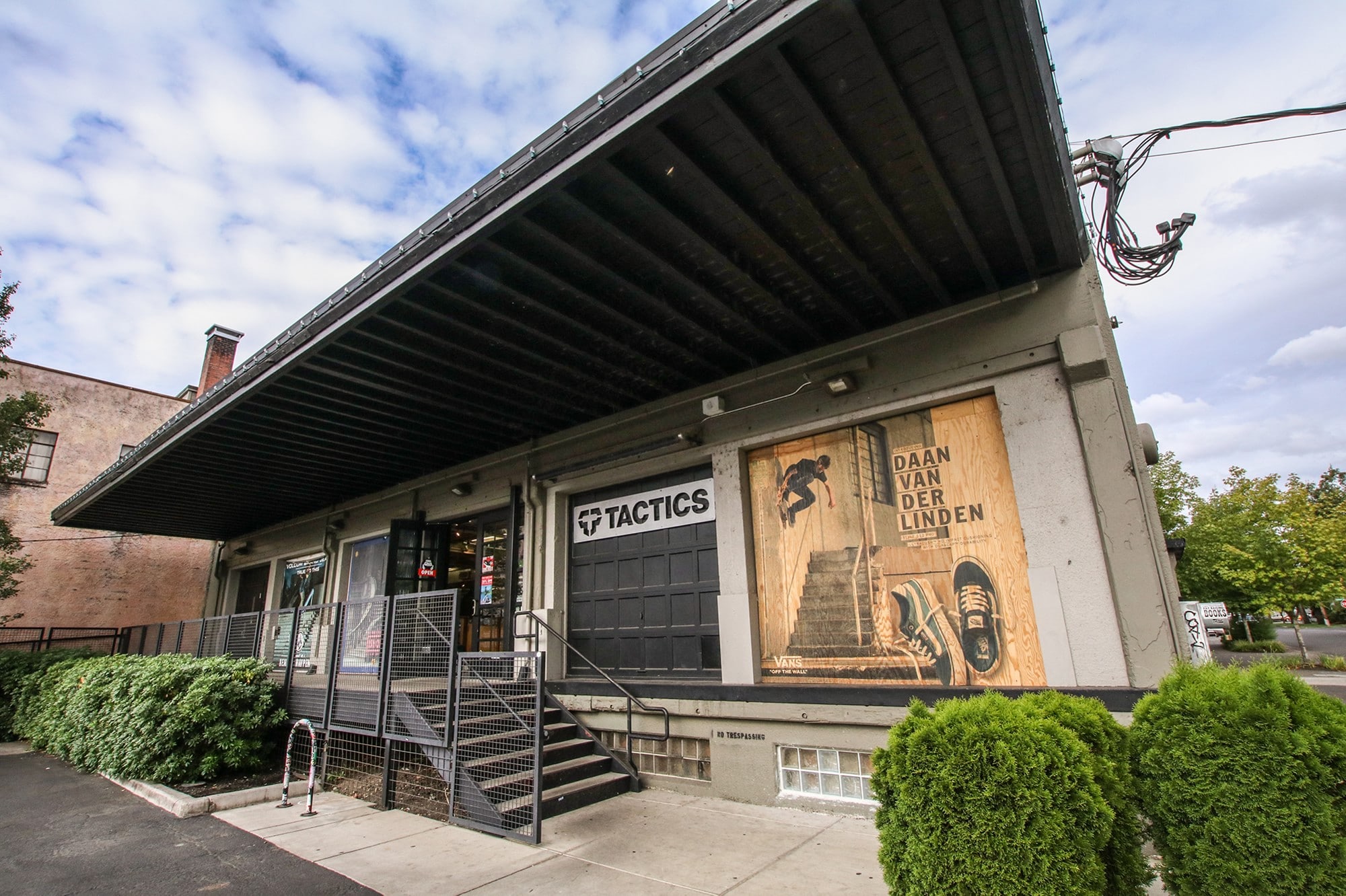 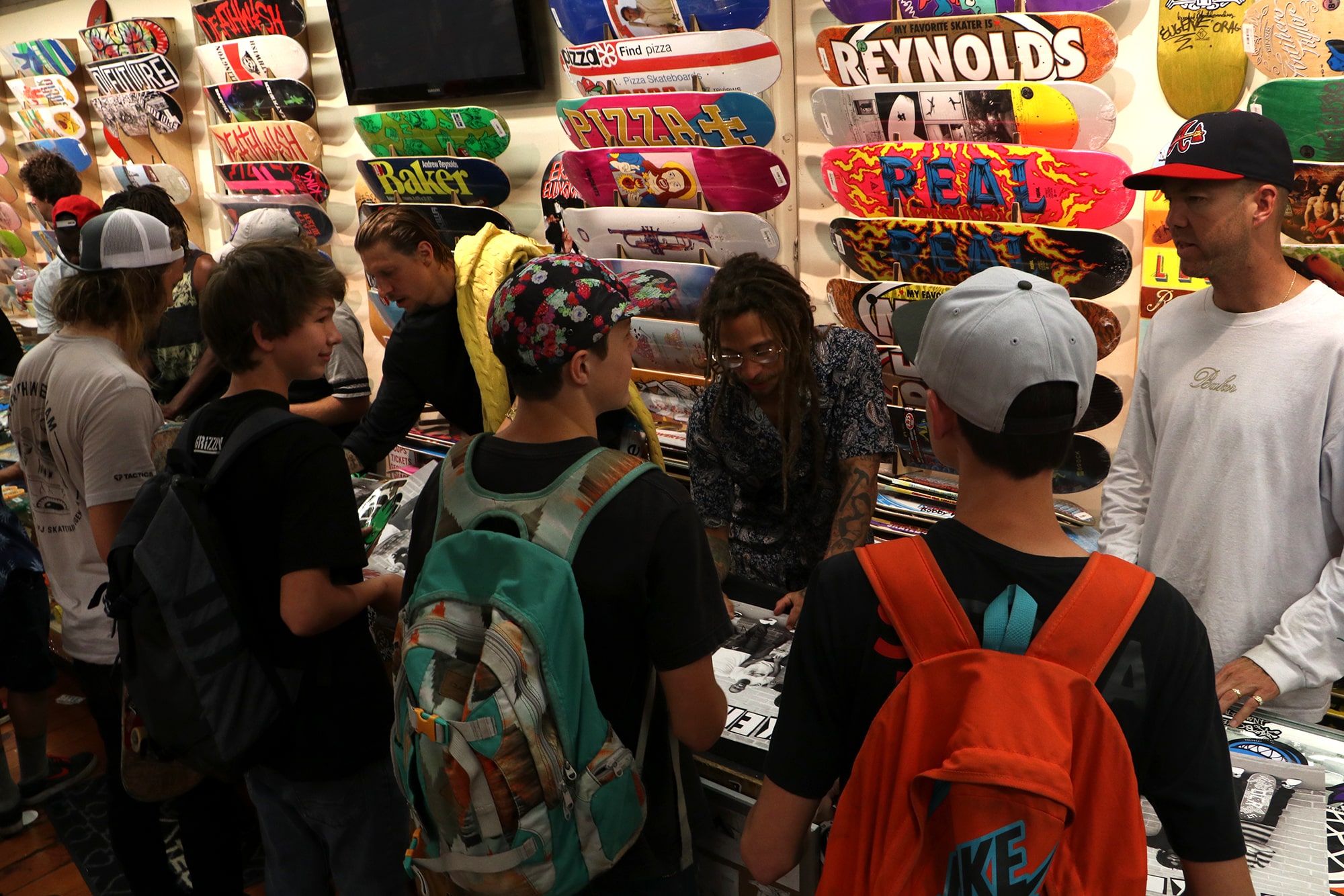 "We wanted to stay rooted, to have an identity that was more than just a website. The first space looked weird and crazy, but it had some character... That retail fabric nested itself in our DNA from the beginning, and never left. " -BC 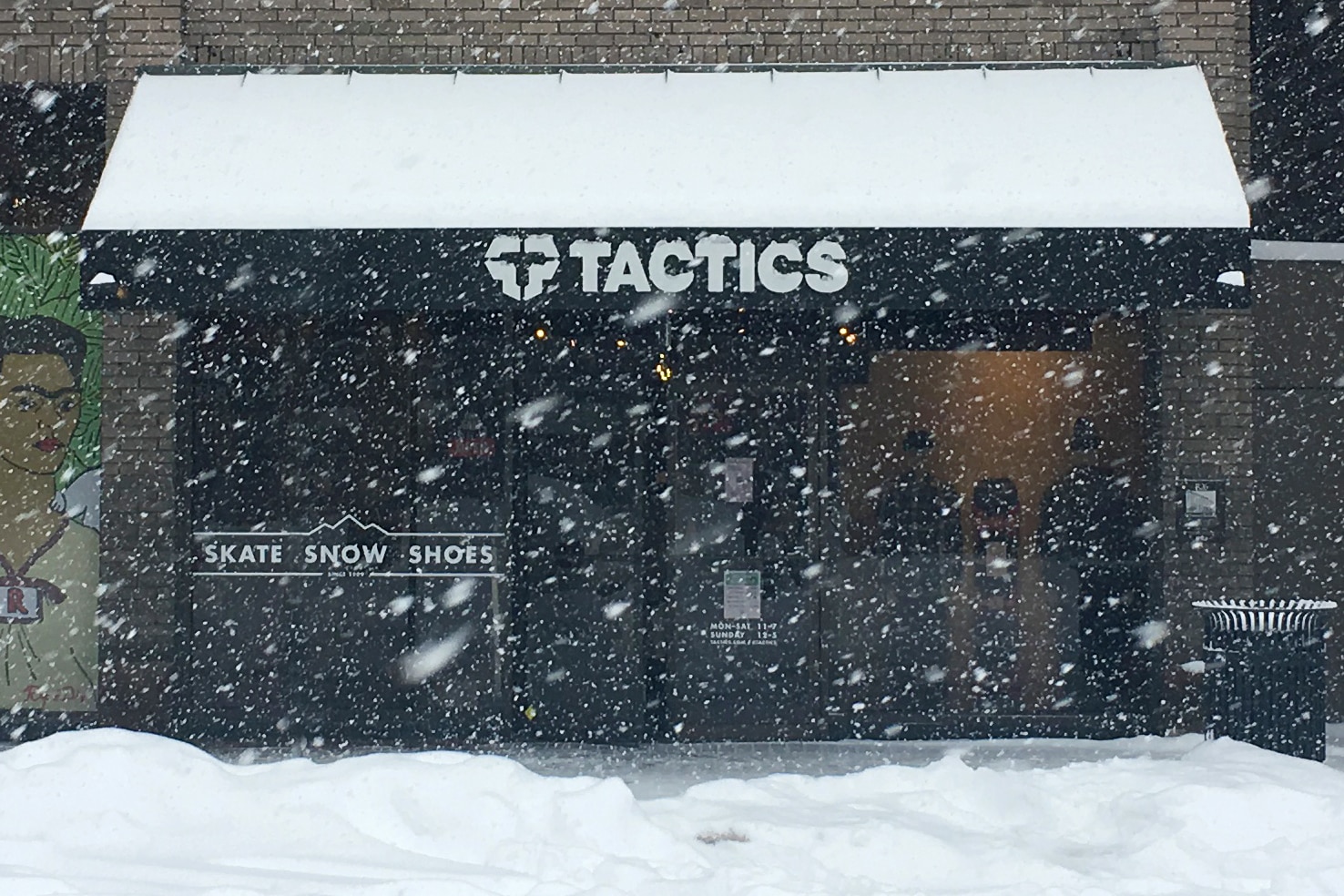 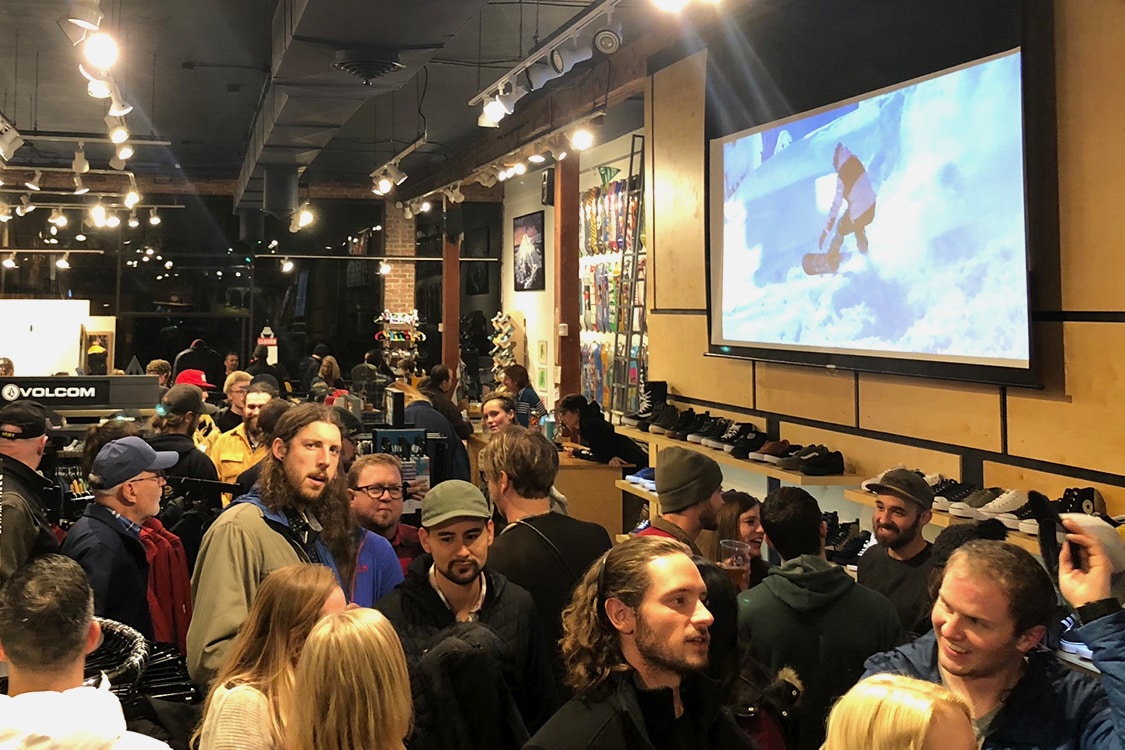 "It connects us with the community and brings people into the mix. Snowboarders and skateboarders understand that there’s a difference between a business that's committed to doing both, and one that’s online only." - MP 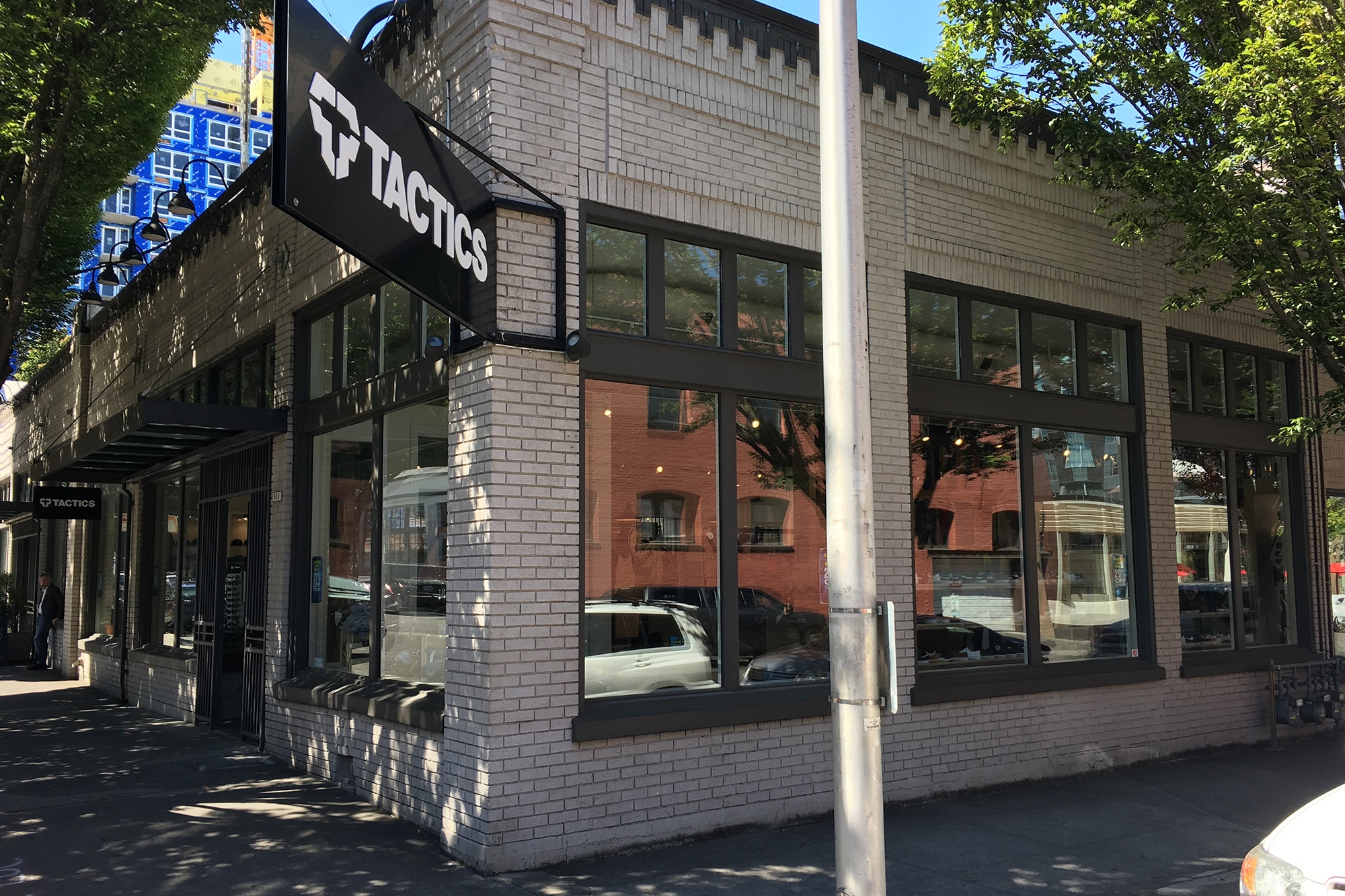 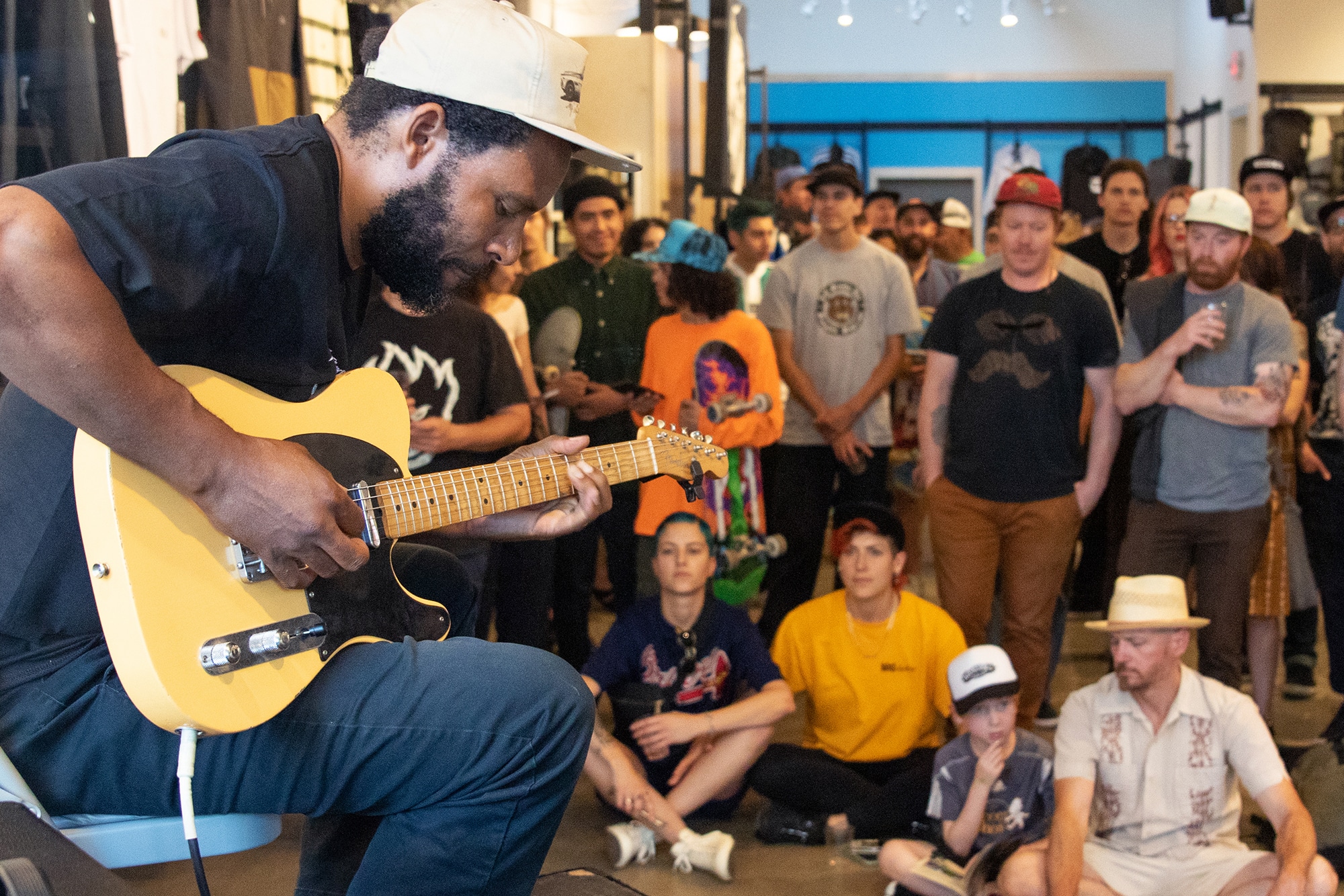 "Having the right people is still the heart of it. We want to have a place that people love, that they want to support because it's not me and Matt anymore, it's everyone else in the room that creates who Tactics is and why people want to come back." -BC 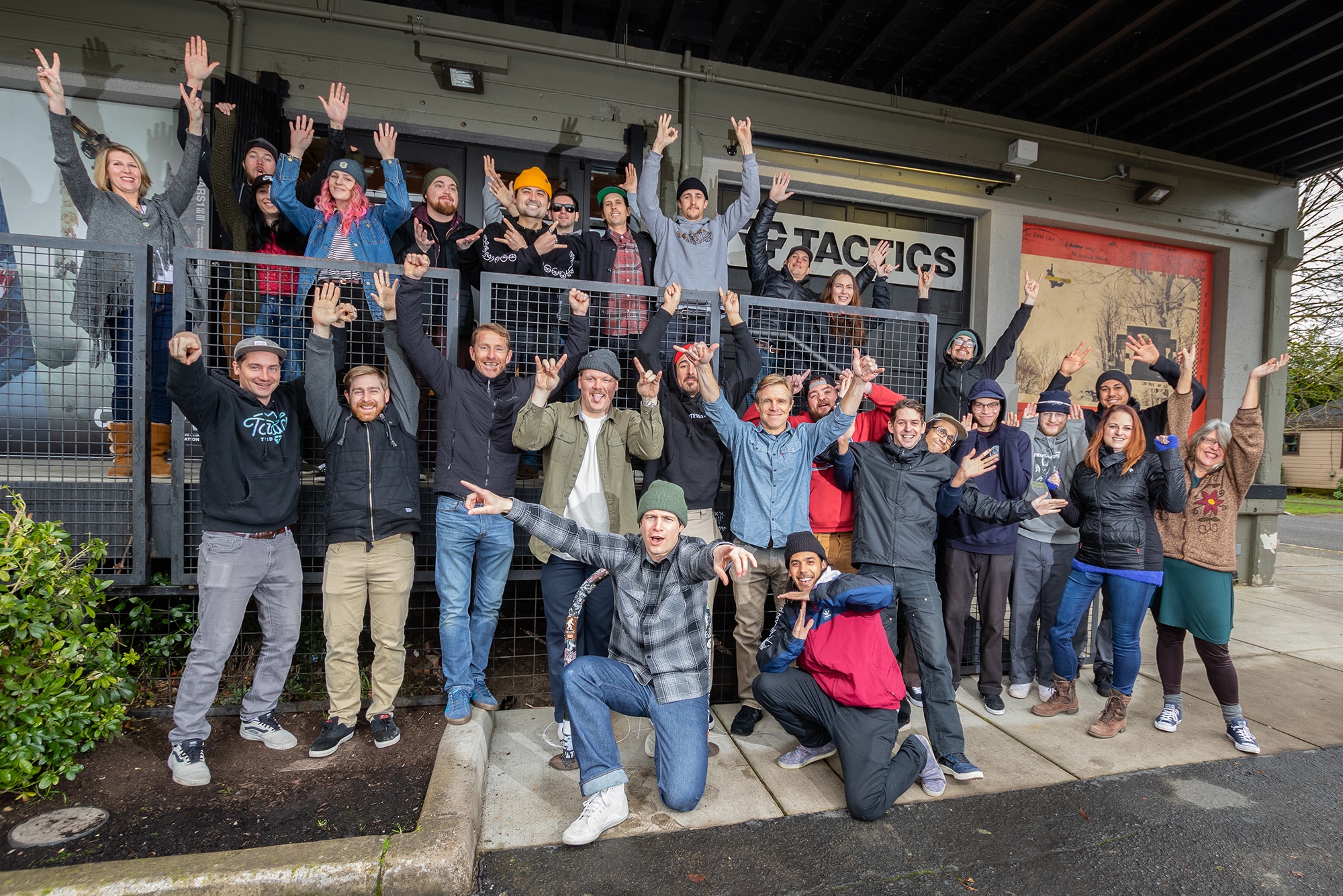 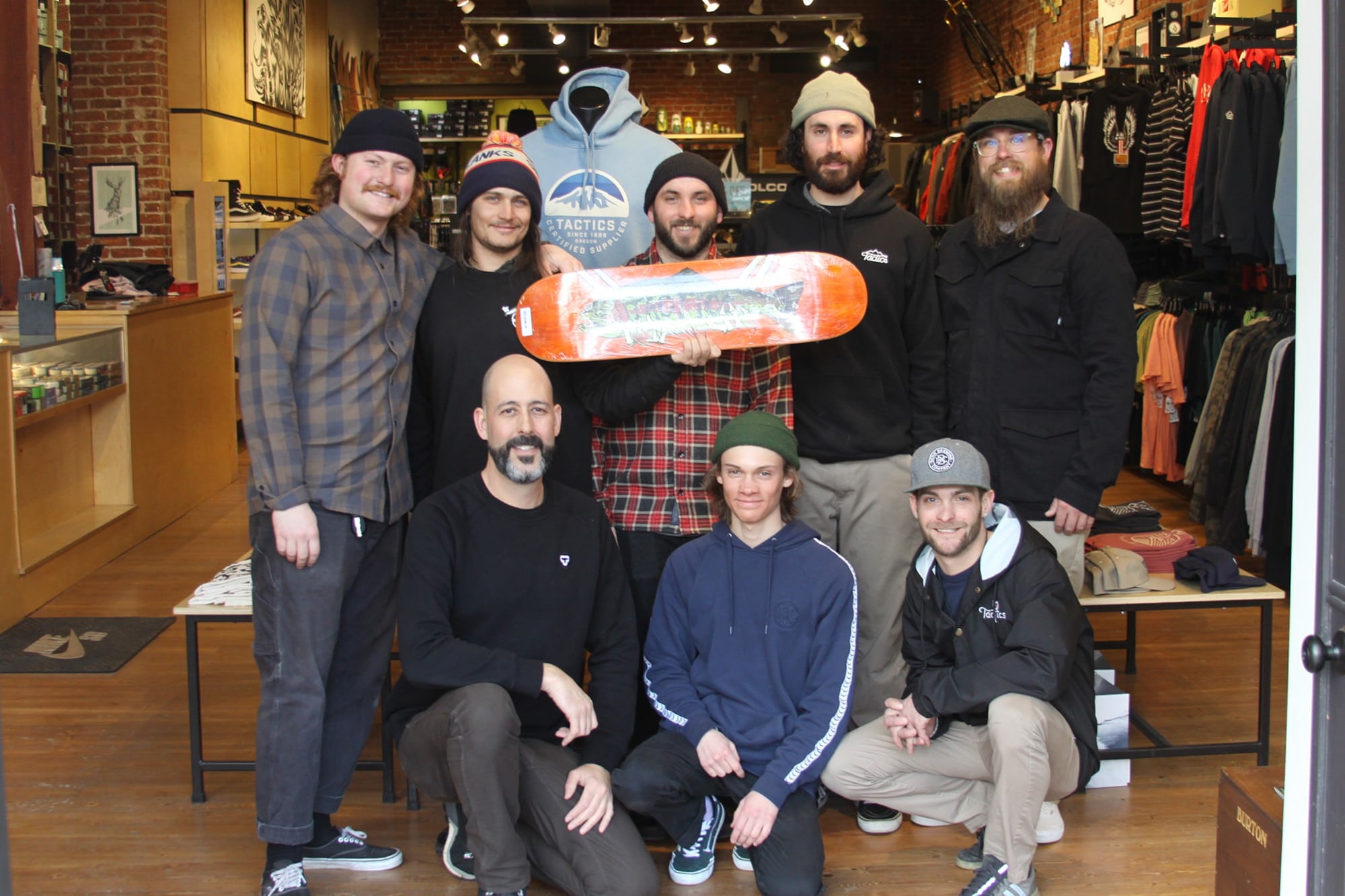 "We’ve got a team here that’s having families, they’re having kids. Everyone wants to get ahead and grow, so we have to find ways to support that." -MP 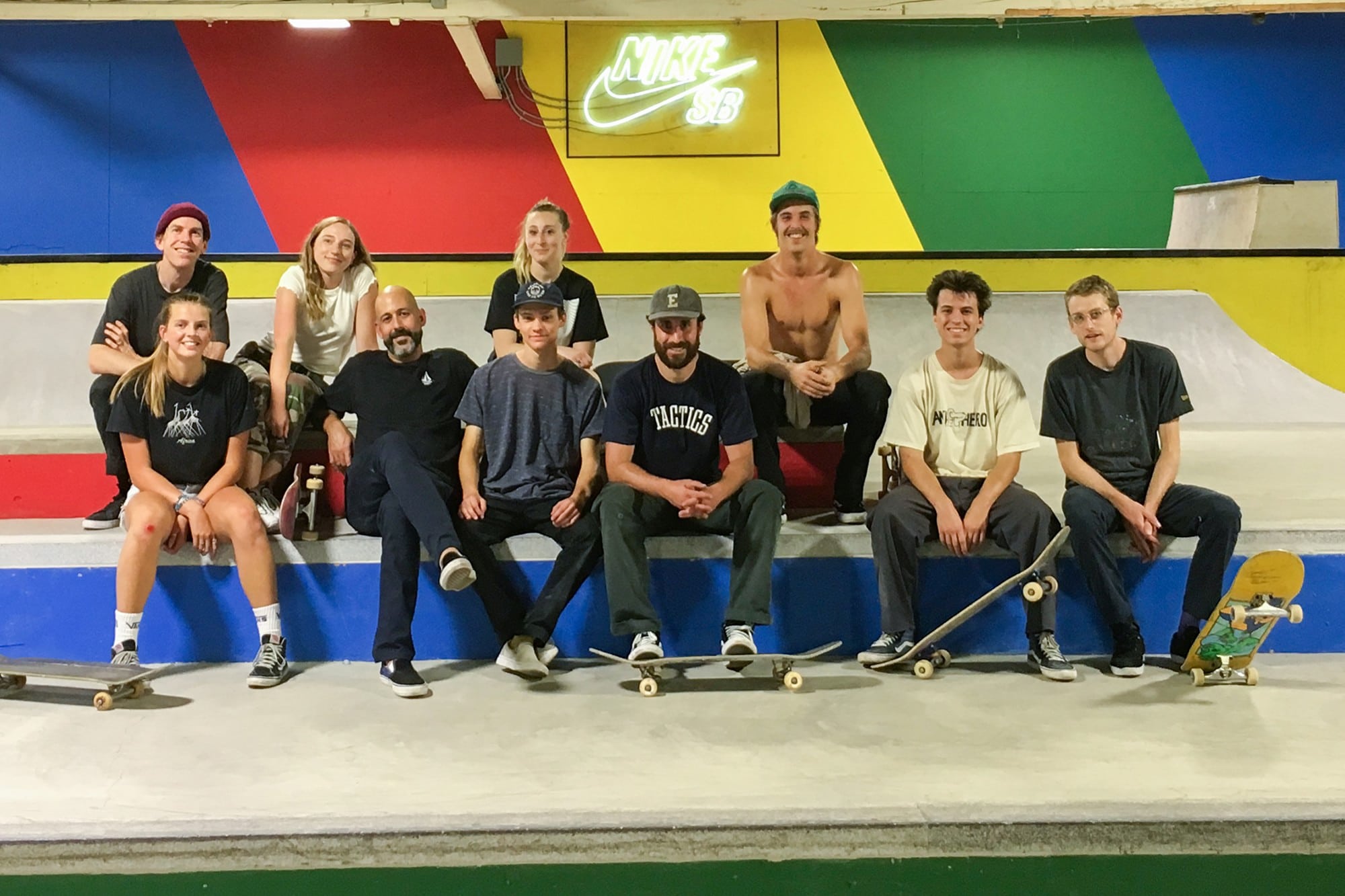 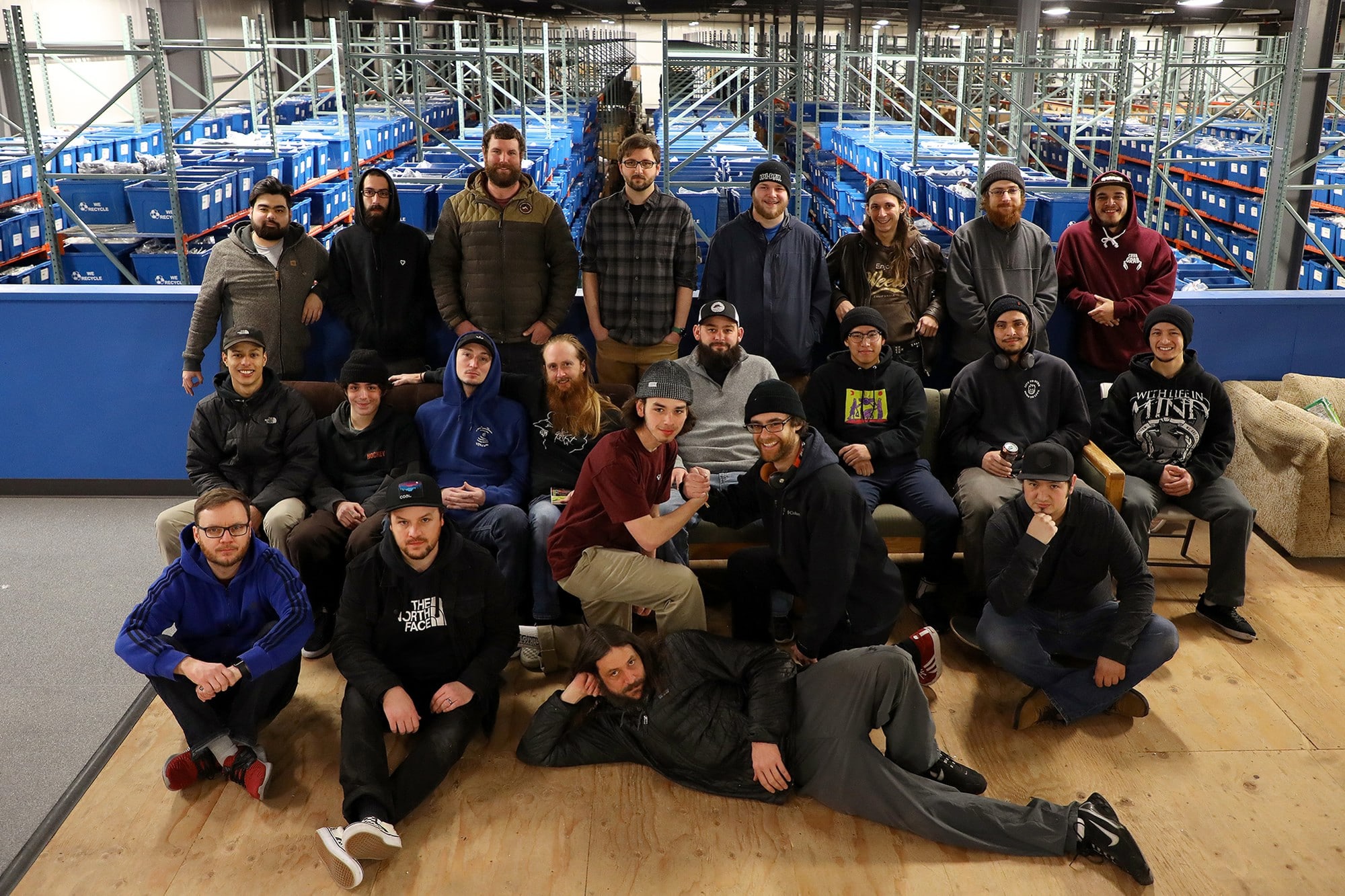