Skateboarders, and their boards, are all unique. One way to make your board personalized is by adding accessories such as skateboard deck rails. These parts will not only give your board a customized look, they also help to protect your deck from wear and tear and help you to slide smoother whenever your board meets a rail or ledge.

Skateboard deck rails are thin, hard plastic strips that screw onto the bottom edges of the deck, providing a slick barrier that makes your skateboard slide even further on just about any surface. They also work as a shield to keep your deck's graphic safe. Deck rails have been around since the 80s. Although they went out of style for most of the 90s and 2000s, skateboard deck rails have made a trendy-yet useful-comeback with the resurgence of old school and wide skateboard deck shapes. Pick up a pair and start shredding like its 1989!

How to Install Deck Rails

We'll teach you to install skateboard deck rails in 3 easy steps. Follow along or jump to one of the steps below: 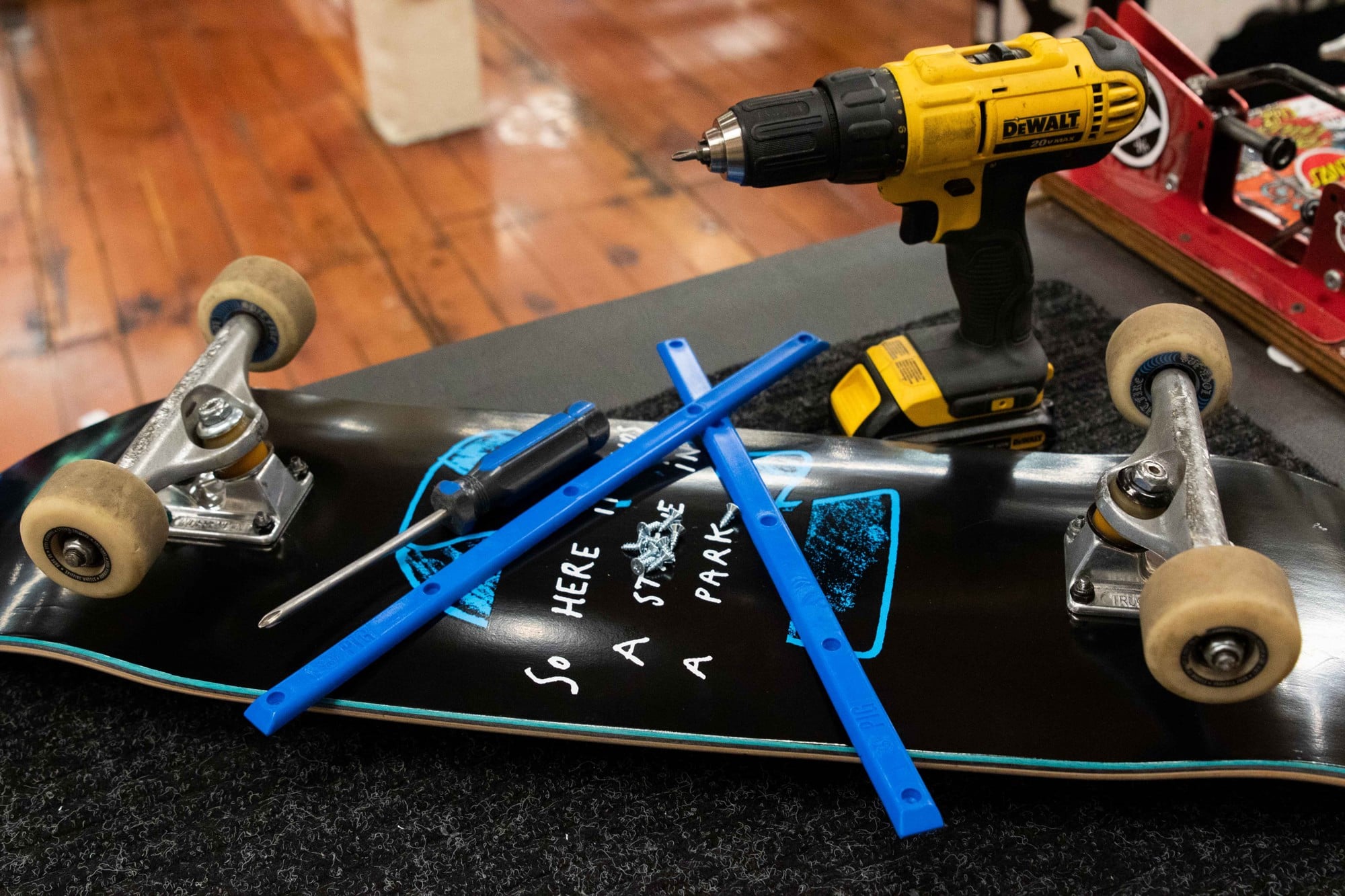 Before you start, you'll need a few tools and materials. Once you have everything together, we'll teach you how to install deck rails at home. 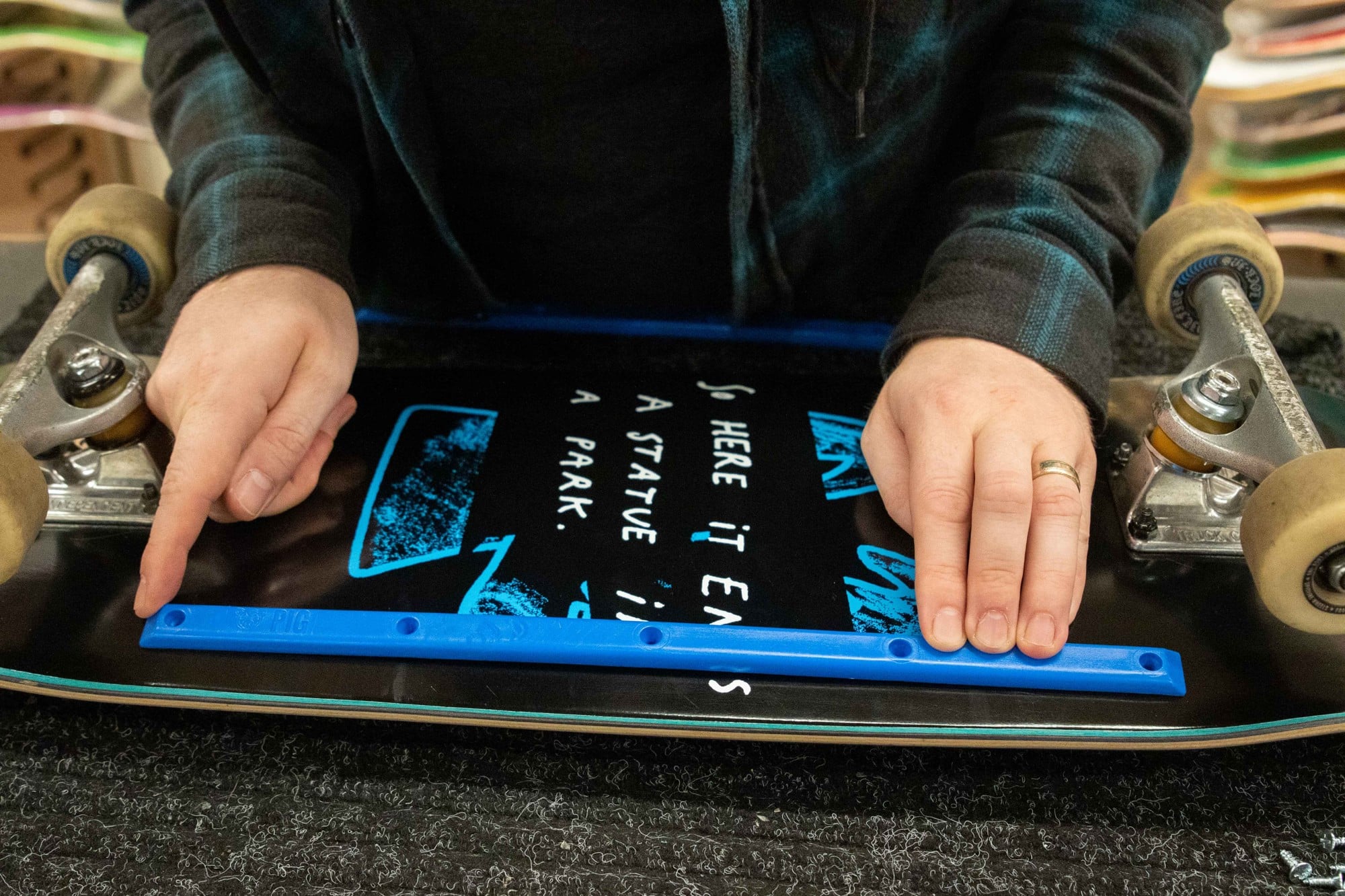 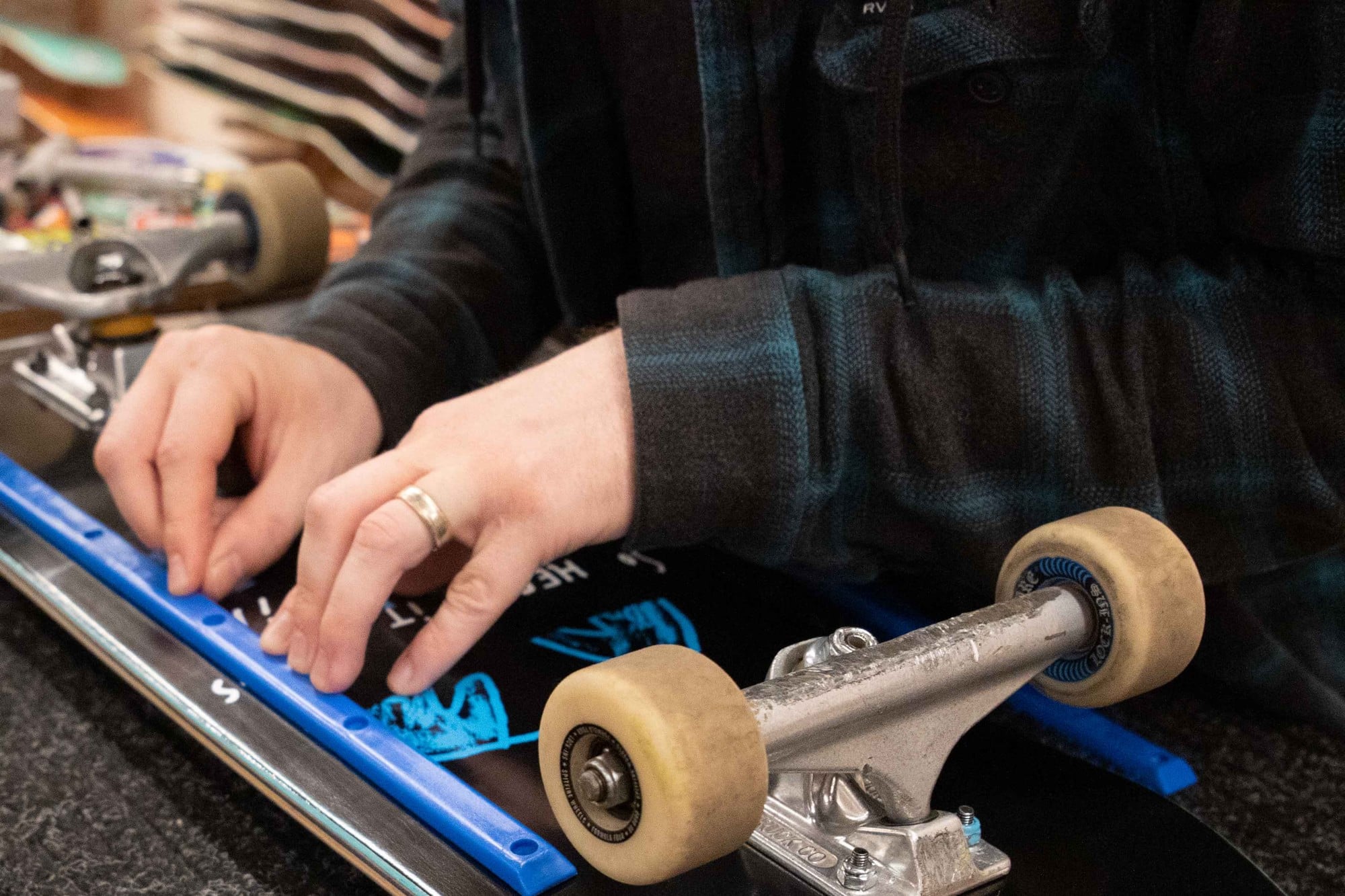 Next, you need to align your skateboard rails on your deck so that they will be at highest point, without being too far to the middle. This way when you're doing a boardslide you'll be sliding on the rails instead of on your deck. This point is typically about 1-1.5" from the edge of your deck.

TIP: Wider decks will require you to install the rails slightly further in toward the middle of the deck. 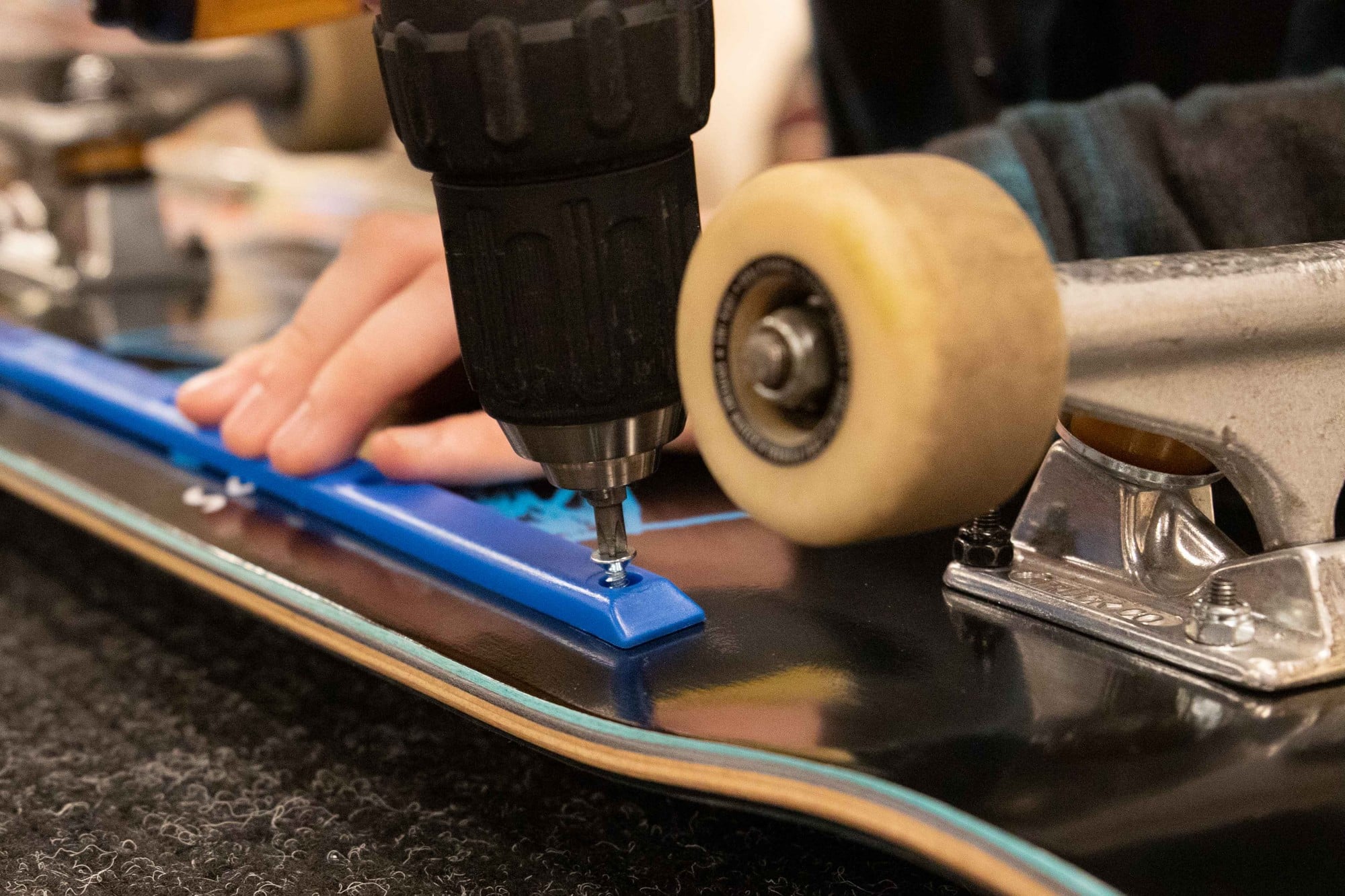 Begin by screwing in the first screw with a screwdriver or drill, starting with either of the screws on the ends of the rails. If you use a drill, you will need to go slow and apply a good amount of downward pressure. If you use a screwdriver, you will need to apply an even greater amount of pressure to make the screw go into the deck. The screws should sink in deeper than the face of the rail so that it does not get caught on anything while you're skating. Make sure that you keep a hand on the other end of the rail so that it doesn't spin around while you tighten the first and second screws. Work your way down the rail, tightening each screw. Once all the screws are securely in place you are good to rip some lipslides!

TIP: After skating your rails, make sure to retighten them periodically.

Nose and tail guards are thin, plastic strips that snap onto the front or back of your deck, providing added protection from damage when you slip out and rocket your board into a curb and are installed similarly to the steps noted for deck rails above. Just like rails, they also provide a slippery surface that make nose and tail slides float like butter. 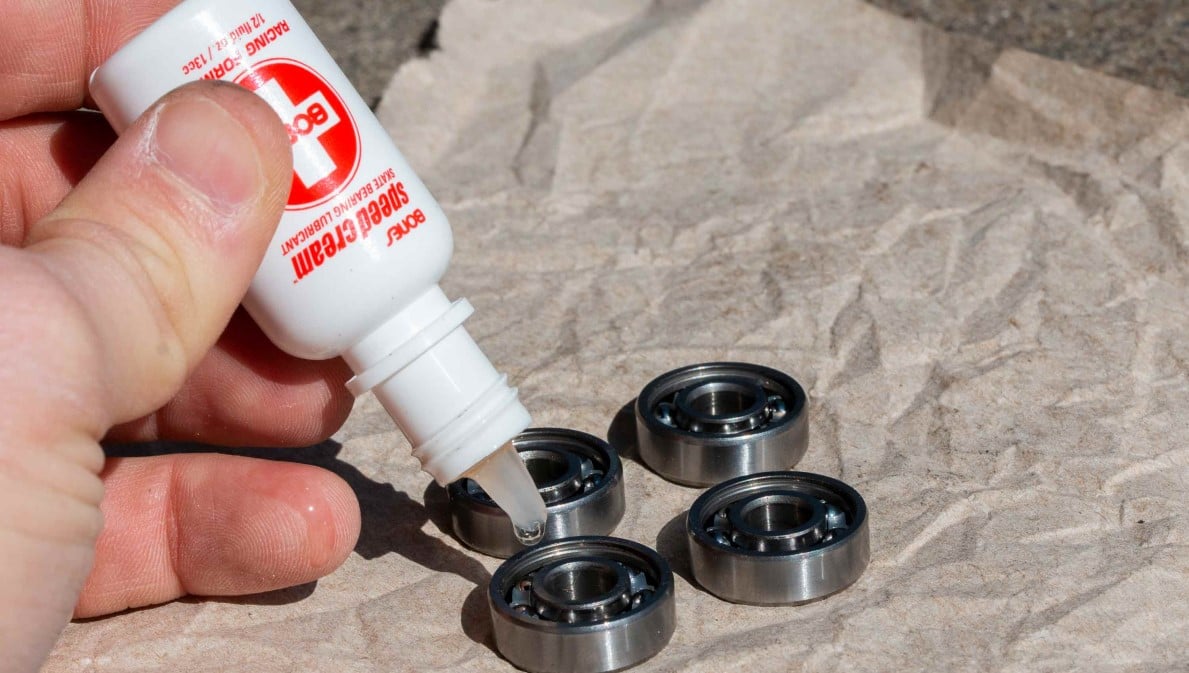 How to Clean Bearings 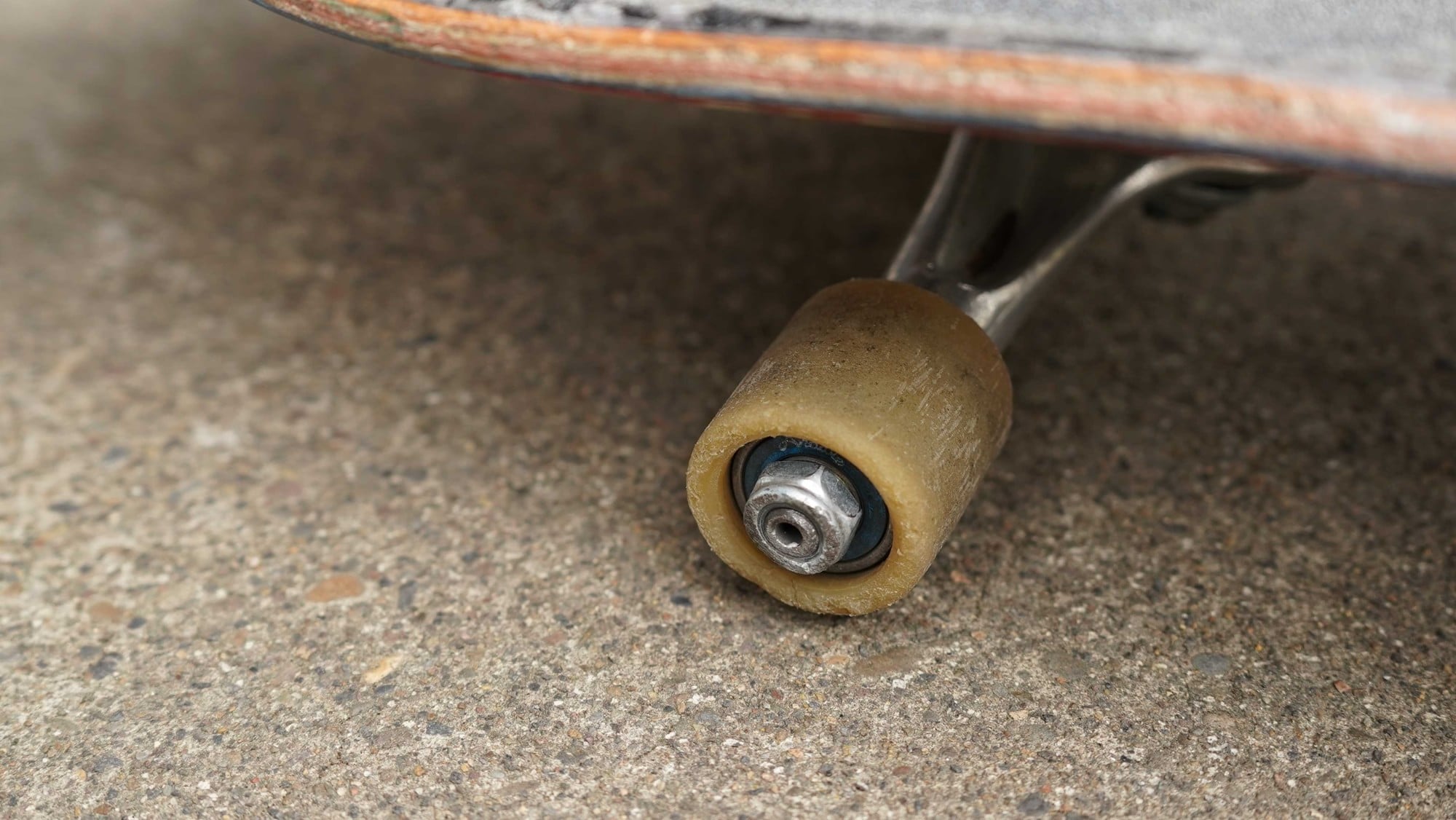 How to Change Wheels 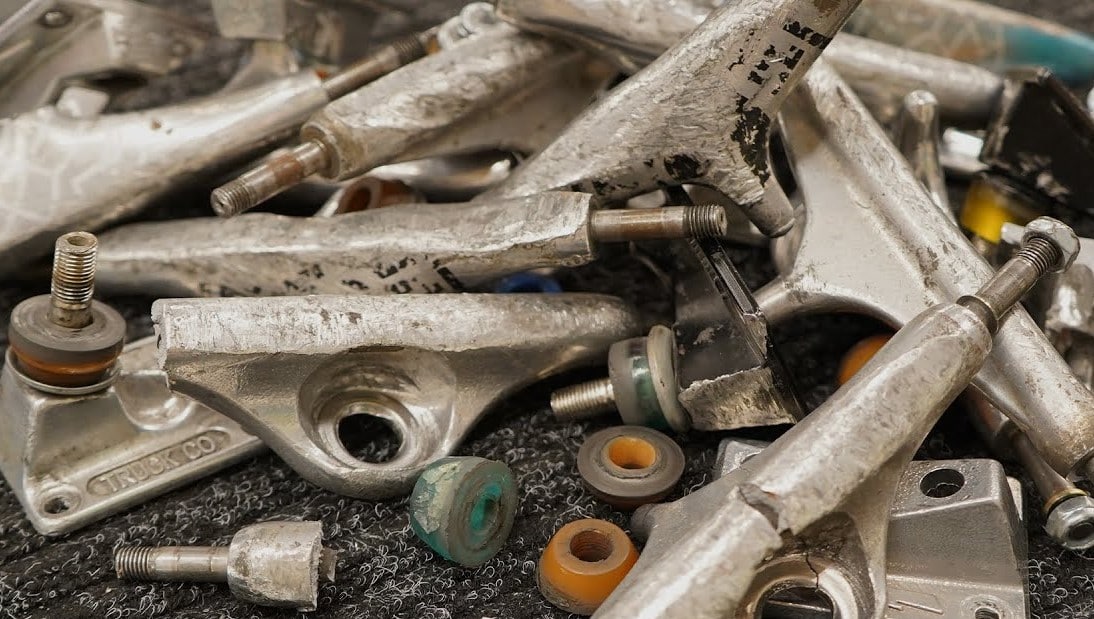 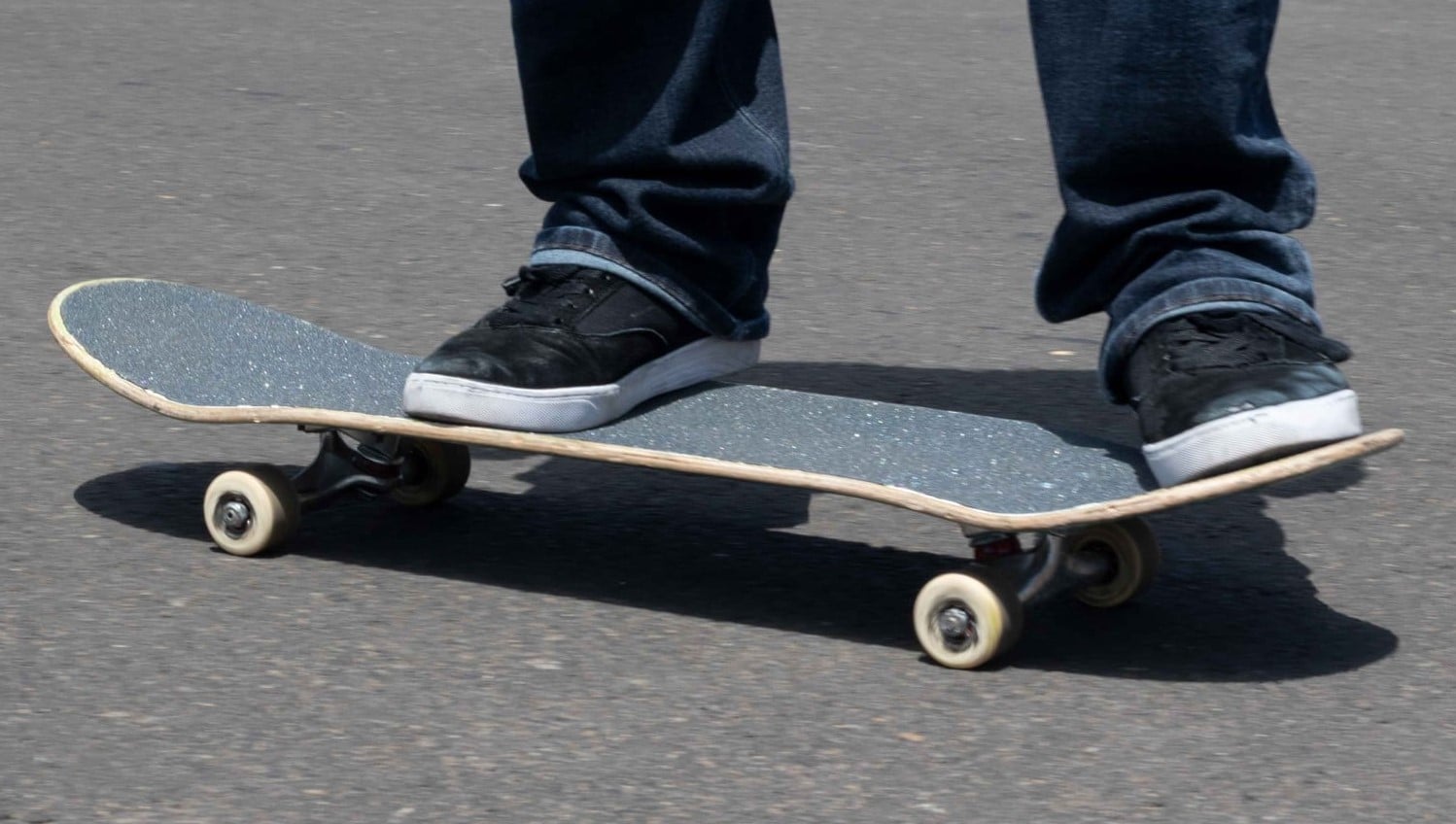