Tactics team rider Dalton Dern is hungry and talented. After making a name for himself in bowl contests by launching NBD transfers and hucking 540s on everything, Dalton has proved that he is just as fearless in the streets. His Service for the Sick, Strictly Standard, and Next New Wave parts all gave a healthy mix of pools, parks, gaps, and handrails. Despite his aggressive style, he's a pretty mellow dude. Humble and focussed, he isn't the type of guy to yap your ear off at the skatepark or talk up his accomplishments, so we sat down with him over a few beverages to learn about his Floridian roots, splitting time between two coasts, and skate life in Oceanside, California. 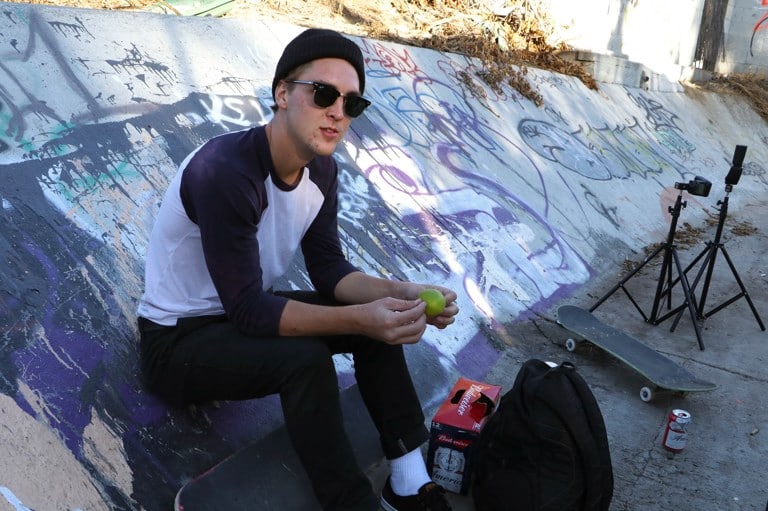 So you're a Florida native living the California dream. What brought you out here?

I grew up skating in Florida and pretty much the entire time I've been skating I would always have to drive at least a half an hour to go skate. When I was younger I would always come out in the summers and skate. I always knew everything was going on out here so I knew I wanted to be here. I wanted to be where everything was happening. I wanted to skate spots everywhere, so I finally moved here about two years ago and its awesome. You can skate just a few miles and hit spot after spot after spot. There's so many parks and it just only gets better and better and better. There's events and whatever going on all the time and more people are moving out here. Its a good time.

What did it actually take for you to get here? Obviously moving across the country is a pretty big leap. A lot of people dream of doing it, but how did you actually make it happen?

Well, I won a few contests and then I ended up buying a car. I was just in Florida for so long you know and... its a good time, I love it, but I just wanted something new. I wanted something that was happening, so one summer I just drove my car out. I got an apartment and lived there for about a year and just started feeling everything out. 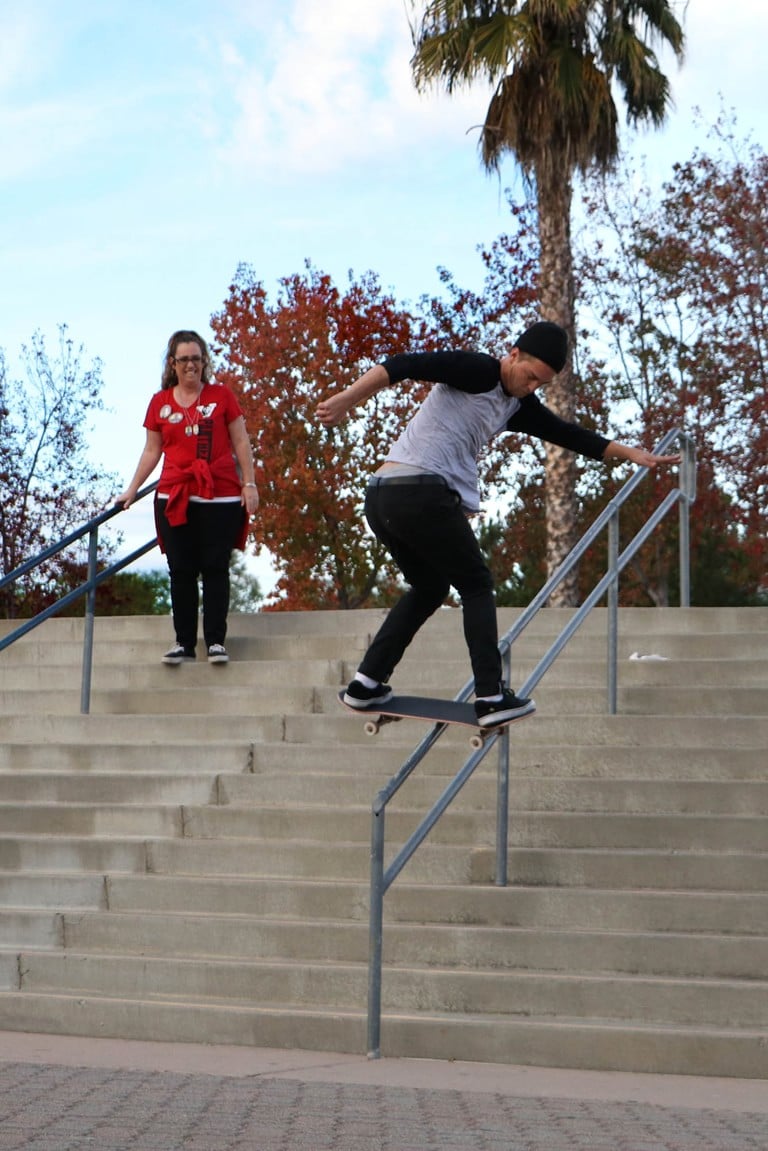 Back lip through the nobs for a hyped football mom | p. Druckrey

Who are you living with now? Tell us about the spot where we're chillin.

Right now I'm living in Oceanside with my good homie Timmy Knuth, from Florida, the homie Johnathan Moorefield, and Timmy's girlfriend Kylie. Its pretty good. We go out and skate, there's a bunch of people to go film with, we go to the beach, hang out, play some pool, and have a good time.

Got a lot of people coming through here? 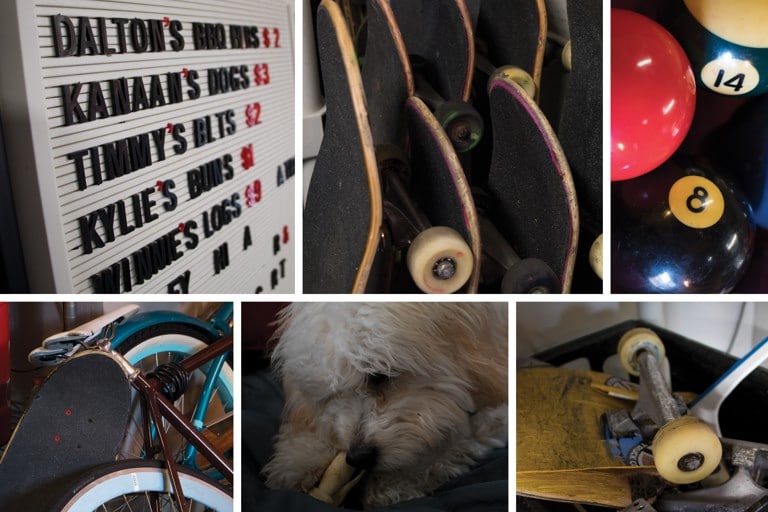 On the menu | p. Druckrey

Do you have a job besides just skateboarding?

Yeah, sometimes I'll work odd jobs. I was just home in Florida for about two months and I was working with my dad. He owns a trophy store and was transferring locations, so I was helping him move inventory. We finished in about a month and a half, so I just chilled and skated for a few weeks and now I'm back out here.

We saw a sick photo of you skating your backyard ramp setup while surrounded by hurricane debris. What was it like living through hurricane Matthew?

Yeah, I was out there when the weather was really bad. Just like how Florida is most of the time. We weren't allowed to leave our houses for a while so we just hung out... Some people got it really bad. My house didn't get hit too hard. We just had a lot of branches everywhere and there was just a lot of debris landed on the ramp. I wanted to back up the hurricane with a hurricane down the handrail so, you know, I got his back. We called it a day after that and ever since me and Matthew were homies basically, until he bailed (laughs).

How does that work when they're like, “don't leave your house because its gnarly out there”. Do you get warnings over the radio or...?

Yeah, we get it all over the place. We get it on our iPhones dude, its like, “brrrrrrr”. They get us everywhere, you can't not see it. It didn't end up happening in our area but they warned us of evacuation and everyone was like “oh god”. Everyone was stocking up. The bread was gone in grocery stores. Everyone just bought everything. People were prepared for like nuclear war.

That's wild. Was it as bad as they said it was going to be?

No, we've been in way worse. Growing up there was way gnarlier ones like hurricane Charlie and Katrina. Those were so jacked. Matthew wasn't bad in my area. Daytona got hit pretty bad though. The shingles were getting torn off the roofs all over the place. In Orlando it was just branches everywhere but I have so many trees around my house that could have done damage. Some did fall on the garage and make holes but we patched it up and it wasn't as bad as it could have been. 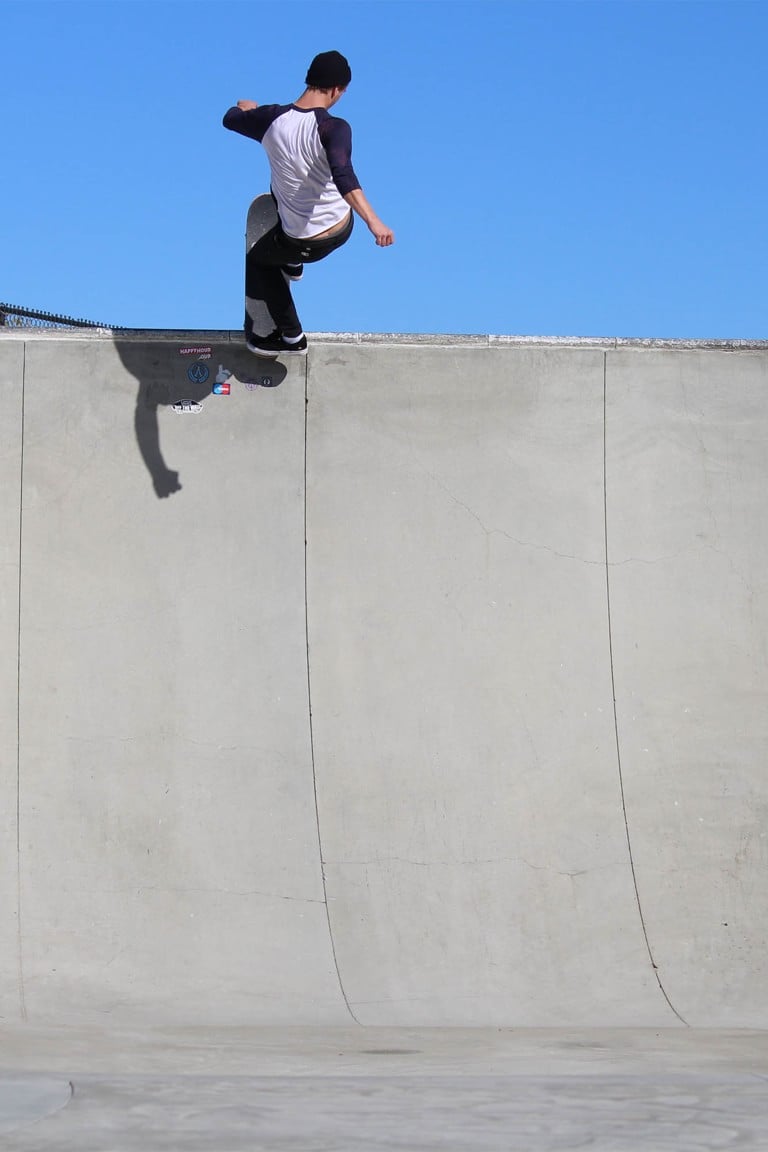 So just before you flew back to CA, you were out at Tampa Am. How was it? How many years have you being doing it?

Tampa Am? I've been skating that for like... (sighs). Nine years. Yeah... I didn't realize it had been that long. It's always a good time skating Tampa Am. The course gets better and better. The people in the contest get better and better.

What were the highlights this year?

Probably the concrete jam. Everyone was just going off, it was gnarly. It was just a good crowd. Everyone was super hyped. Energy was going. The street contest was gnarly too, the finals were so insane. They just get gnarlier and gnarlier. It doesn't make sense some of the stuff people are doing now.

It's pretty rad that you have two brothers that skate. What was it like growing up skating with your brothers? How did you guys push each other? What was the dynamic there?

Who was the one pushing everyone to get out to the park most often?

My older brother was the one that got us all into it. First we started going down the hill at my house, then on his 13th birthday we went to Vans skatepark where we'd all grow up skating. Since that, we all just skated there for like ten years, and that was it.

Are you going to have a doubles part with Kanaan at some point?

Yeah, we really want to. We're going to make it happen for sure. Definitely on the list.

We're looking forward to that for sure. What are you working toward right now?

I'm always going to keep filming for whatever pops up, cause that's what I love doing the most. Just filming and hitting the streets. Whatever part comes around I'm going to try to get it going. I love filming because you're just out there on your own mission. Its an adventure.

Any shoutouts, thanks, or things you'd like to add?

Thanks to my brothers, my mom, my dad, my roommates, all the people that are sponsoring me. All the homies, Florida, Tactics, everyone that keeps me going: Lifeblood Skateboards, Emerica, Power Rider Wheels, Dakine Skate. 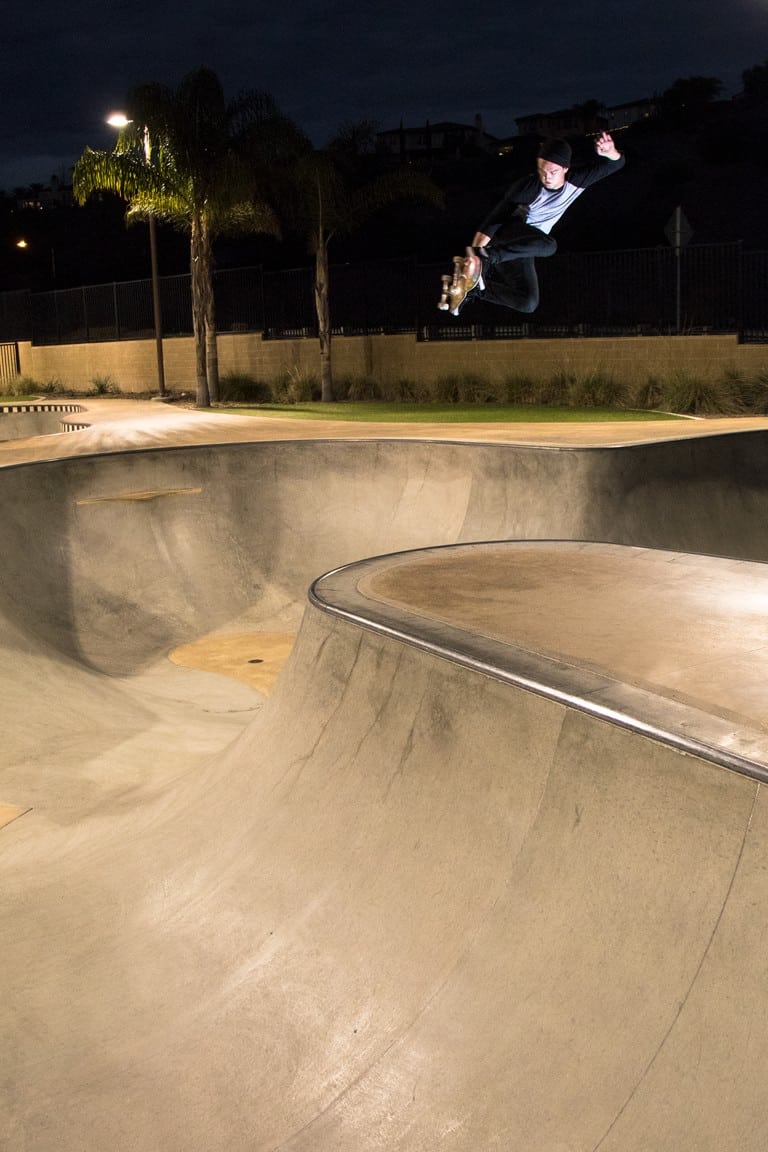 Tactics Presents: Easier Said Than Done 2022 Northwest Open Recap Welcome to the team | Nathan Vitale How to Treflip on a Skateboard How to Shuvit & Pop Shuvit on a Skateboard 15 Street Skateboarding Essentials