Picking the right camber profile can seem like a daunting task, but when it comes to choosing your board there is no "good" or "bad" profile. The most important thing to keep in mind is that each type will relate to different riding styles and snow conditions.

With a variety of camber profiles on the market today, we think it is important to recognize and keep in mind the three basic profile classes: camber, rocker, and flat when making your decision.

A snowboards flex and how it will handle and perform is directly related to the camber profile it features. Outlined below are the three basic snowboard camber profile classes, along with hybrid variations that blend multiple camber profiles together for versatility in a variety of snow conditions.

Camber is the most traditional snowboard profile. The process of de-cambering the board (flattening out the profile arc (camber) with the rider’s weight during a turn) loads the board with energy the rider can then “release” to initiate and “snap” into the next turn. While camber boards are more prone to catching an edge and can be more unforgiving for the beginner (particularly if the board is too stiff for the rider), they offer the most powerful and energetic ride with a feel that’s hard to replicate with any other board profile.

Beyond pure traditional camber, there are hybrid camber profiles. While the dominant profile between the rider’s feet remains cambered, these blended profiles try to incorporate some of the advantages of rocker and flat profiles towards the nose and tail of the board. Camber with rocker produces a more forgiving ride by lifting the board’s contact points off the snow. The rocker also offers better float in powder. Camber mixed with a flat profile will also be less “catchy” than traditional camber. They may not float quite as well in powder as a camber/rocker hybrid, but they retain more of the lively “pop” of camber for a playful ride that’s popular with freestyle-minded riders.

Rocker is the opposite of camber. Rockered snowboards move the contact points inward towards the center of the board resulting very quick and easy turn initiation that virtually eliminates the chance of catching an edge. Rocker also floats insanely well in powder but it can be squirrely at higher speeds due to reduced effective edge; that is, less board edge engaging the snow when on edge.

Rocker hybrid profiles offer the quick, easy turn initiation of rocker but, like camber hybrids seek to also incorporate some of the benefits of camber and flat profiles into the same board.  A rocker/camber hybrid typically incorporates rocker between the feet with cambered sections extending from under the rider’s feet towards the board’s contact points to bring back some of the energy and stability that’s lost in pure rocker boards. Likewise, instead of camber, some rockered hybrids incorporate flatter profiles extending out from the centered rocker section toward the nose and tail. While lacking some of the energy and stability of the rocker/camber hybrids, a rocker/flat hybrid will retain more of the catch-free playfulness of a rocker board.

Flat profiles are the middle ground between camber and rocker. Generally, flat profiles are found on softer freestyle boards that have a focus on riding non-snow features like rails and boxes. They're also great for newbies who want a board to progress quickly on yet still enjoy riding in the future. Flat profiles offer some of the stability and edge hold of camber while allowing for a more forgiving all-around ride.

Just like Rocker and Camber profiles, Flat has a mix of hybrids. Flat with cambered sections toward the nose and tail gives a more camber-like, stable ride at speed but the flatter, typically softer section between the feet makes edge to edge transitions easier. Flat with Rocker on the other hand provides a bit more effective edge than pure Rocker so you get a little more stability at speed while retaining the catch-free, super-float ride quality that Rocker fans love. 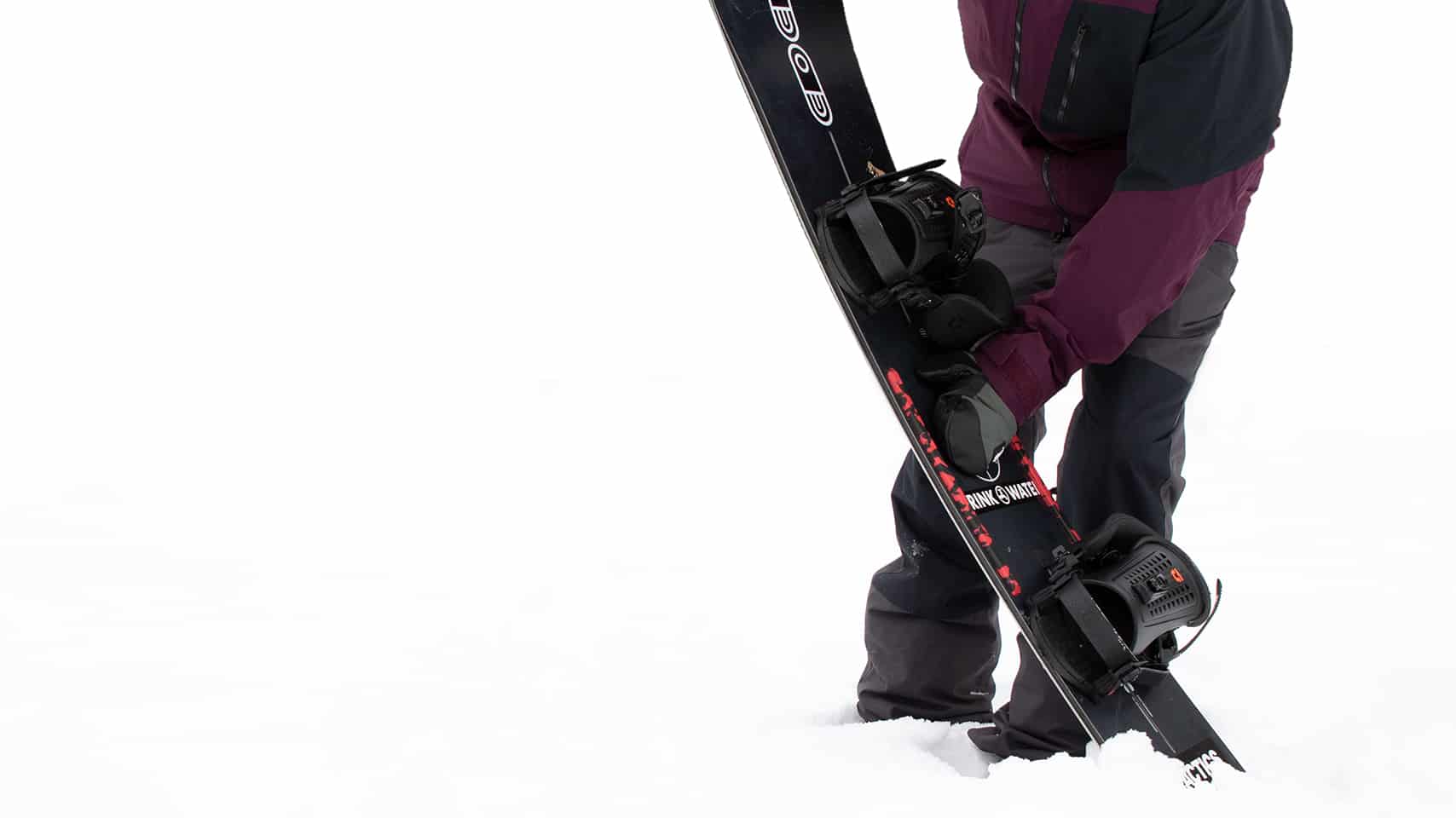 Snowboard flex refers to the board’s torsional and lateral bend under pressure. A “softer” flex requires less pressure to initiate and hold the bend while a “stiff” board requires greater force. Unfortunately, there is no standardized flex rating system for snowboards. The majority of snowboard manufacturers use a 1-10 flex rating system (1=super soft, 10=very stiff) while others will use a proprietary system to convey the same message. We think it’s most helpful to break flex down into three classes: soft, medium, and stiff. Choosing the right flex in a snowboard depends on the rider’s experience level, size, and preferred use.

Softer flexing boards are ideal for beginners, lighter weight riders, as well as freestylers focused on jibbing and riding  terrain park features. Just as the ”loose” power steering on a big old Cadillac makes it easier to navigate a crowded parking lot, for beginners and lighter weight riders, a softer board  makes it easier to flex and control the board through turns at slower speed .  The ability to more easily flex the board also benefits terrain park riders focused on sliding rails and boxes, or just “buttering the muffin” with sustained nose and tail presses.

So why isn’t everyone on a soft board? Softer snowboards fall short during higher-speed, more aggressive riding. When a board isn’t beefed up to at least a medium flex, it will tend to produce excessive board chatter at higher speeds resulting in less edge hold and a loss of control.

The majority of snowboards are built with a medium flex in order to accommodate the widest range of riders and uses. Heavier weight beginners, and dedicated lightweights who aren’t afraid of a few bumps on their first days on this hill, can usually tolerate a medium flexing board right out of the gate. Although not as user-friendly as a soft board on the mellowest slopes at slow speed, a mid-flexing board will provide better stability and control as the rider progresses to steeper terrain and higher speeds.

If soft boards resemble loose power steering and make for a more forgiving ride at slow speeds, they can make it downright sketchy when the pedal’s to the metal. When the terrain gets steep and gnarly, riders need the tight ride of a stiffer flexing snowboard. At high speeds in variable snow conditions, stiff boards are stable, more responsive to the rider’s slight weight adjustments, and better able to “track” the rider’s intended line. Finally, because riders come in all shapes and sizes, a stiffer board can also be a good choice for the experienced, heavy-set rider whose added weight might turn a medium flexing board into a soft one. 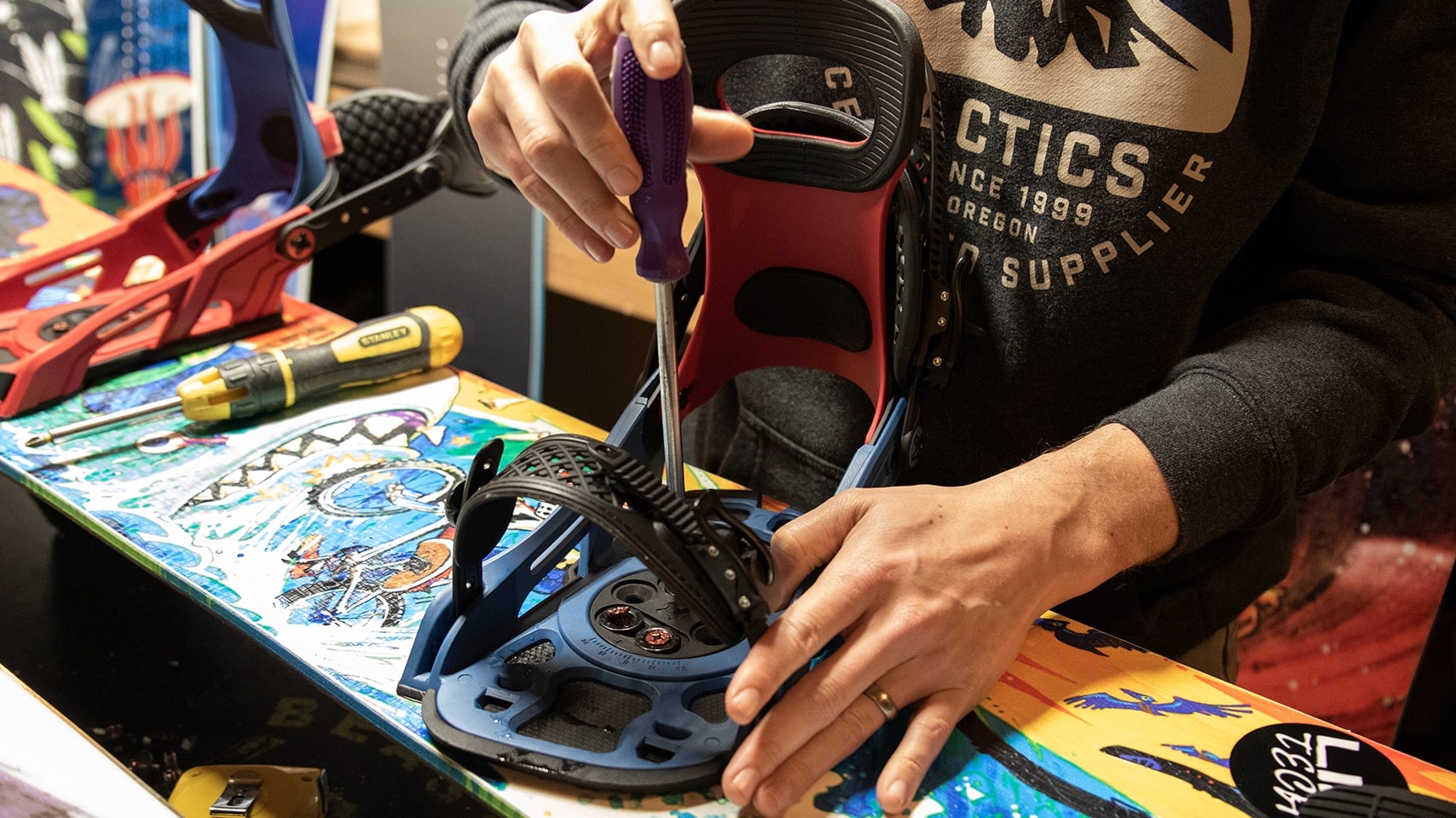 How to set up a snowboard 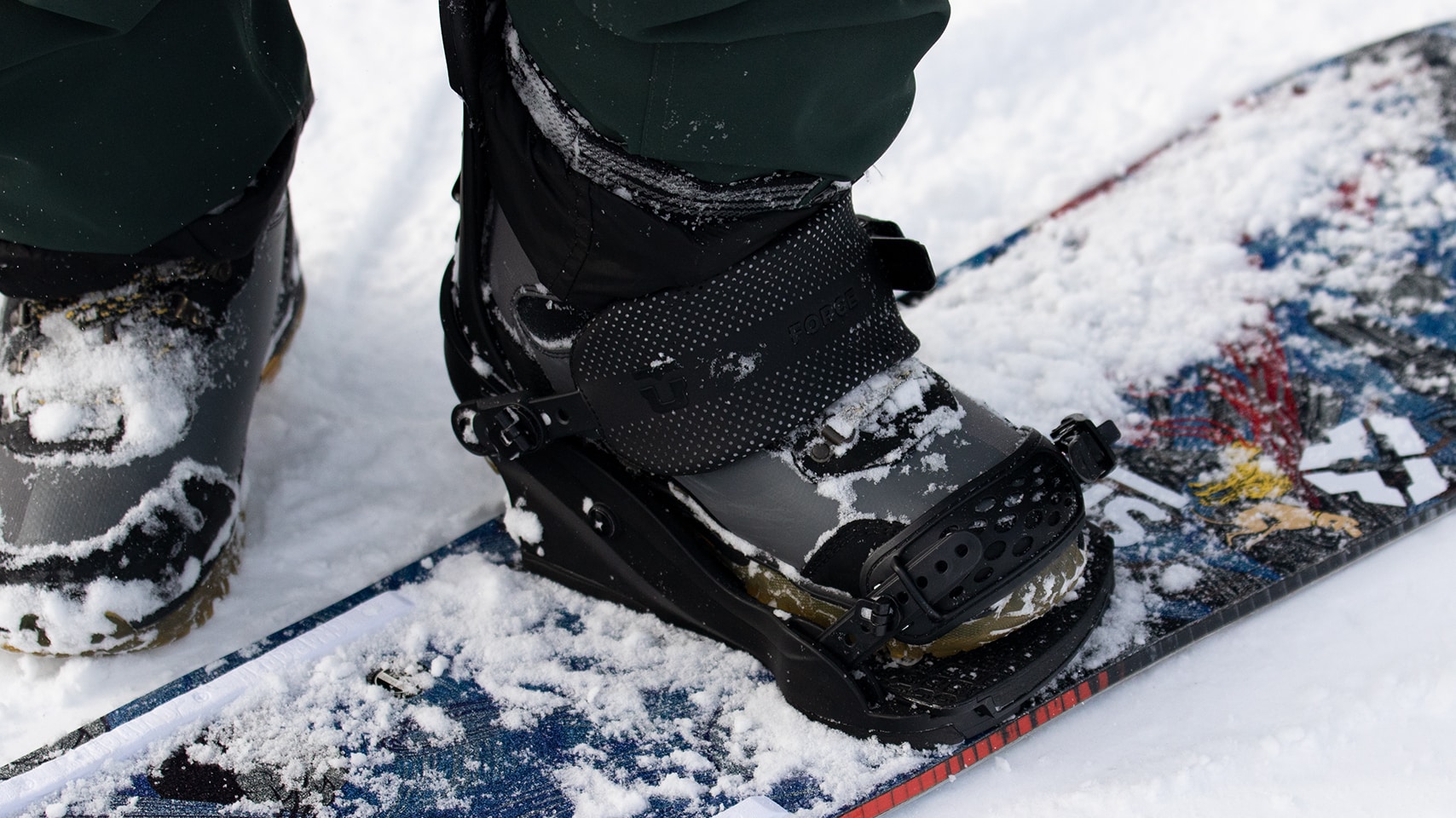 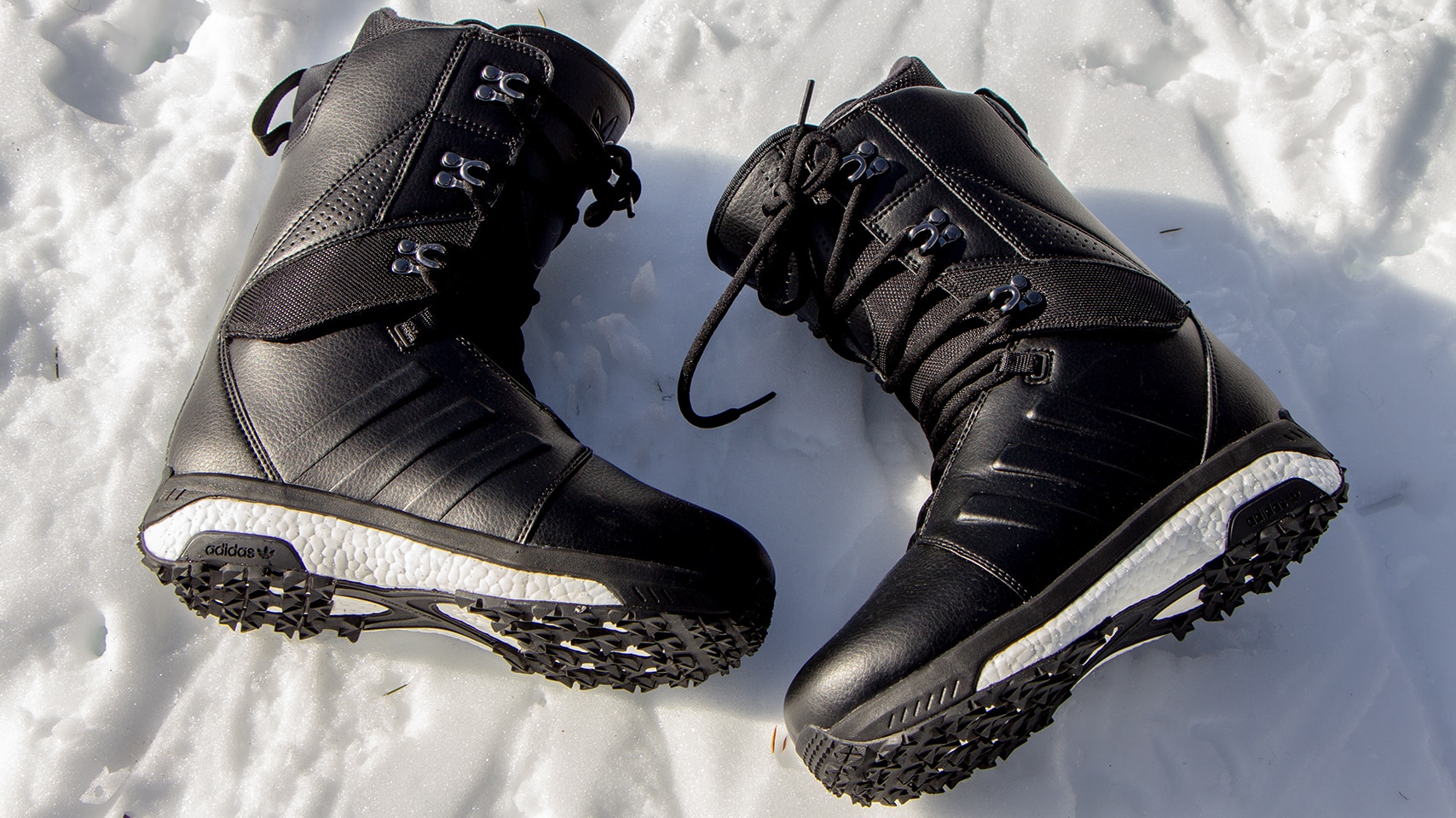 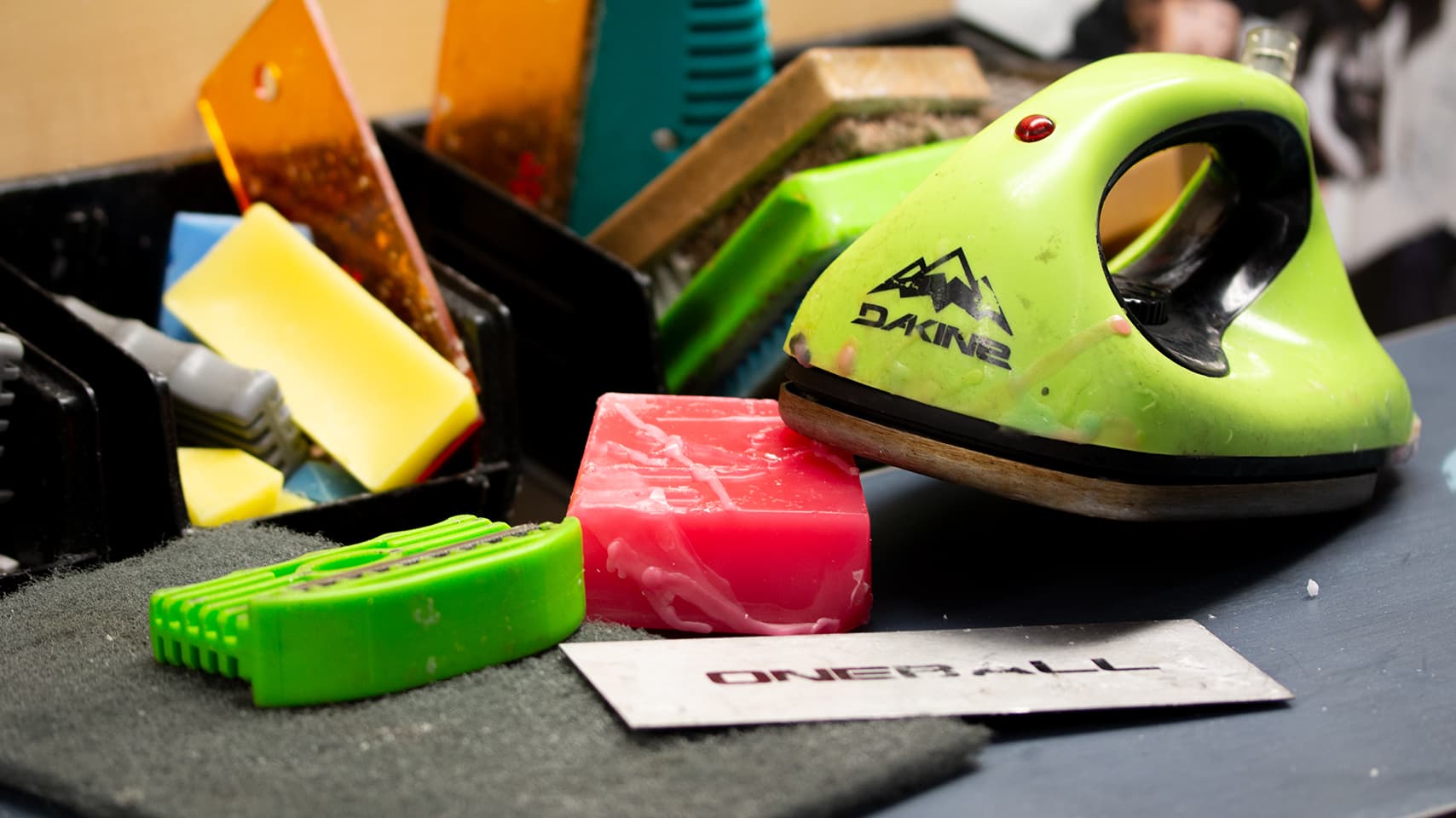 How to wax & Tune

< Back to All Snow Guides