There's a Fire in the Shire! Watch as Silas Baxter-Neal and friends set the streets of our hometown ablaze. Filmed entirely in Eugene Oregon, Silas and videographer Tristan Brillanceau-Lewis set out to film an entire part that captured the nostalgic, and often crusty spots that Silas grew up skating as a kid.

What was the premise or idea that kicked off filming for 'Fire in the Shire'?

I don't come down to skate in Eugene nearly as much as I would like to, there are some really fun spots down there and I thought this video would be a fun way to go skate a lot of the stuff I grew up skating. I thought it was a good way to make the connection with Tactics which is based in Eugene.

How long did it take you to film for the part?

The span of time from the first clip to the last clip is actually kinda long but really it was only about 5-7 days of skating in total, there were just large gaps between the trips down to Eugene.

Favorite memory growing up and skating in Eugene?

We had such a rad crew of skaters when I was living in Eugene and the summers spent skating with all of them are really close to my heart. We filmed a lot of local videos and just cruising around to all the different spots trying too get new clips and feeding off each other was really fun.

The Zon (Amazon) is my favorite because it's unique and is one of the oldest spots I consistently skated growing up. I went to Roosevelt Middle School and most of my skater friends went to Kelly so in the short daylight time of year there was no time to go meet up so I would push down to the bowl and skate there. So many life lessons happened there too.

Any spots that currently don't exist from your childhood?

Churchill High School was the holy grail, there was everything you wanted to skate and big parts of it were covered. There were different sized stairs, rails, ledges off stairs, manual pads and the benches had metal edges for a long time too. It was an off and on bust which added to the excitement skating there, the janitor literally watched us all grow up. I wish it wasn't encased in glass. Someone should petition the school to allow skating there.

Killing time during the quarantine? What have you been doing to stay busy?

Homeschooling my kids takes up a big part of the day and the rest of my time I spend working in the yard and doing house projects. Its been nice to slow down and not feel the need to be doing anything but taking care of my home and family.

You made a pretty sick backyard DIY spot during the quarantine. Who has the best backyard set up that you have skated or wanted to skate?

Dennis Busentitz backyard has been petty fun, he made most the skate obstacles too hard but the environment is awesome and I like to ride his kids motorbike.

I'll pick my favorite 2 parts. Danny Renaud's part in 'Mosaic' was just a perfectly compiled part, the spots, the music, all the tricks and everything is just timeless to me. Jerry Hsu part in 'Bag of Suck' is an incredible part, Jerry is such a talented and rad skater and that part is super gnarly. I like how much work he put in to make it what he wanted. I miss the days when people spent time and serious attention on parts.

All trends are the worst. Do you, have fun and don't worry about what's cool.  Trends and fads just show a lack of personality.

What skateboarding needs more of?

Skateboarding is doing pretty good right now, its got a lot of everything. Whatever you are into you can probably find a pretty dope version of it. I am nostalgic of before Instagram when magazines and videos were the only forms of media and things weren't so instantaneous, but that's just the generation I grew up in and every generation just wants things to be the same as when they were young, dumb and free. Hahaha. 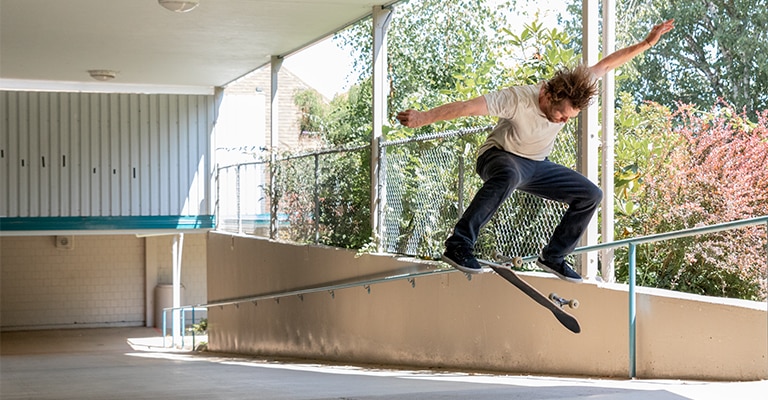 Any words of wisdom for skaters working on video parts of their own?

Take your time, try and make it well rounded, and pick your spots well. Bigger isn't always better. Mostly have fun, personality shows in your tricks, if you're not enjoying what you're doing then it's hard for anyone to enjoy watching it. That doesn't mean you don't wanna push yourself though.

What’s next for you?

I started a new project that I wanna work on until I feel it's done. Self driven so no deadlines right now.

Any last words or shout outs?

Thank you to Tactics! Ross for helping make this happen. Matt and Bob for their support. Tristan for always being down to film whatever whenever. Ryan, Pat, Joey, Nikhil, and Josh for keeping the stoke real and making skating fun. Thank you Eugene for being a good playground to grow up in. 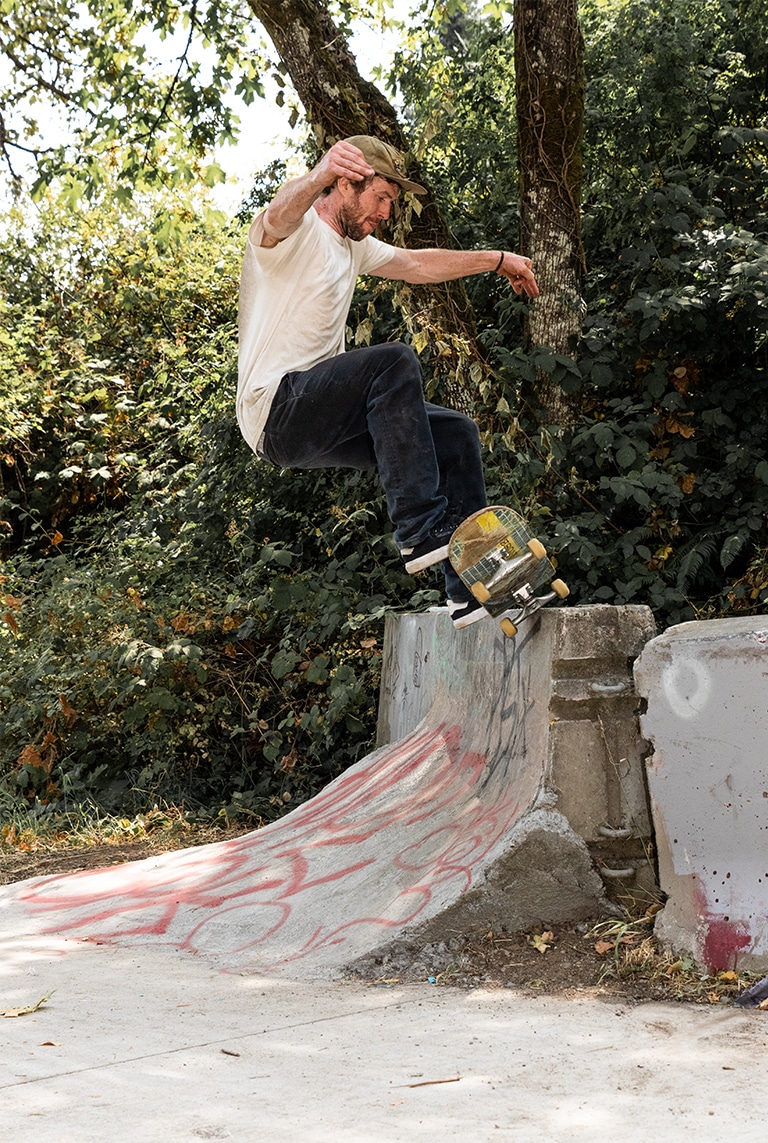